“What a sad era when it is easier to smash an atom than a prejudice.” –Albert Einstein

In recent times, the proliferation of xenophobic and divisive comments and actions towards underrepresented groups and immigrants across the United States has reached the front pages of many newspapers and the social media. The racist message compacted in the slogan “go back to your country” offends us all as citizens of the world. 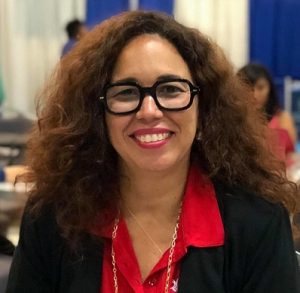 More importantly, this rhetoric is profoundly based on racial and cultural prejudices acquired through the years by individuals in certain sectors of the American society where access to diverse and inclusive environments is absent. It is appalling to witness how powerful politicians embraced this offensive message and generalize incorrectly that people of color do not belong in this country.

Moreover, this divisive message contradicts events in American history where African-Americans, Hispanics, Native Americans and other immigrant cultures actively participated in building this nation. For example, many Americans are unaware that since 1917 by federal law, the people of the territory of Puerto Rico are U.S. citizens and a big part of the Hispanic underrepresented communities in the USA.

During the 1950’s, part of my family moved to New York City to work and raised their children in the era of the so-called great American melting pot. I grew up visiting my aunts, uncles and cousins that successfully integrated to the U.S. society and became professionals and leaders in their respective disciplines.

In 1959, my father, Dr. Manuel Maldonado Denis, received a full scholarship to study his Ph.D. in political sciences at the University of Chicago. Later, he became one of the most influential Hispanic intellectuals of his generation. Thus, my family’s journey to the U.S. mainland shaped mine in many ways, and their success encouraged me to pursue graduate studies in the field of neuroscience.

During my years in graduate school and post-doctoral training, being a female Puerto Rican neuroscientist in the U.S. taught me early on how to navigate a complex academic and research system where merit and scientific rigor are paramount if you wanted to achieve professional success. Or, so I was trained to believe.

I was the only Hispanic student in my graduate program, a fact that still is true today for many underrepresented students in graduate school across the U.S. To my surprise, I faced significant challenges due to my gender and ethnicity within and outside higher education due to unsolicited discrimination in the 1990’s in America. Despite these social deterrents and with the support of amazing mentors, I successfully achieved my professional goals and returned to Puerto Rico to teach and conduct research at my home institution.

These challenges from the past continue to be present now more than ever. Unfortunately, racism and bigotry are social norms that have shaped this nation and are being institutionalized in many academic settings of higher education. It is the painful truth that being a member of an underrepresented group in the U.S. quite often makes you a target of suspicion, insults, unfair profiling, implicit bias and discrimination every step of your career path. Following one of President Trump’s tweets, being Black or Brown in America is enough to entice the chants of “send them back” like the ones heard in Trump’s political rallies.

Weeks ago, President Trump criticized four congresswomen of color of being un-American and told them go back to their country. This overt racist comment is incendiary and poignantly incorrect, since all four legislators are U.S. citizens, three of them born and raised in the U.S. and one, Rep. Ilhan Omar, naturalized at an early age as an immigrant from Somalia.

Since the beginning of the Trump presidency in 2016, the divisive slogan of “go back to your country” has proliferated. The idea that people from different, diverse cultural and racial backgrounds are not worthy of being part of the U.S. dangerously perpetuates ignorance and sets the stage for the resurrection of segregation and xenophobia. A devastating expression of this rhetoric was made painfully obvious recently in El Paso, Texas when a gunman targeting Hispanics went on a shooting rampage in a popular department store.

It is noteworthy that in certain circles of power and White privilege, underrepresented groups are frequently frowned upon and blatantly misunderstood. Moreover, we are perceived as a threat to homogenous ideas and usurpers of access to higher education. Unfortunately, this discriminatory ideology has penetrated the foundations of many top U.S. universities and institutions of higher education where, despite official policies to increase diversity, representation and inclusion of these groups is limited. It is disappointing to see top institutions struggle and fail to significantly increase the numbers of underrepresented groups at the student, staff and faculty levels.

For example, a recent study by the Pew Research Center showed that although faculty in higher education settings are slowly becoming more racially and ethnically diverse, they are not as nearly as diverse as their students. It is a fact that underrepresented minority students in many higher education institutions constantly face the lack of a social capital infrastructure that can empower them to reach their academic and professional goals.

Currently, minority serving institutions (MSIs) and historically Black colleges and universities (HBCUs) have emerged with a strong record of representing these disadvantaged groups. However, they also have problems to be more inclusive of diverse populations. The historically inherited existence of this type of institutionalized racism is defined as a “constellation of structures, policies, practices, norms and values that taken together result in differential access to the goods, services, and opportunities of society by race,” according to Dr. Camara Jones of the Morehouse School of Medicine and a senior fellow at the Satcher Health Leadership Institute in Atlanta.

Especially in the present political and social climate, it is imperative that leadership in higher education recognizes and addresses this, and finds ways to eradicate it across universities. If we are really committed to changing the academic ecosystem that encompass the foundations of institutional racism, members of the higher education system have to engage in effective practices to truly become more inclusive of diverse racial and ethnic backgrounds so that the academic community can capitalize on the natural resilience of the members of all underrepresented groups. Moreover, promoting the partnership between state and private institutions with MSIs and HBCUs in every state will create strong collaborations that will result in effective strategies for enhancing diversity and inclusive perspectives in the curriculum and the institutional environment.

Higher education leadership across the U.S. needs to take a stand and strongly denounce the negative message of “go back to your country” because it contradicts an important dimension of the education process where respect for others is essential for learning. Not rejecting this racist rhetoric will set back years of efforts and funds to increase diversity and inclusiveness in their institutions and maybe eliminate international admissions and important academic exchanges with other countries. Diversity and inclusivity in the workforce have been shown to yield enhanced productivity, higher innovation, increased profits, faster problem-solving and a variety of different perspectives that significantly benefit academia and industry.

Worldwide, universities and colleges are based on pluralistic values, innovation, creative process, strong research endeavors and unlimited access to knowledge. U.S. academic institutions need to fight messages of hate and bigotry, and engage in an open conversation across their communities about racism and xenophobia that seem to be escalating in certain circles of the American society. The present academic community has a duty to educate the future generation of citizens from all walks of life, age, color, creed, ethnicity and sexual orientation to be tolerant, inclusive, respectful and, most of all, educated to be promoters of change and resilient against hate.

Dr. Carmen S. Maldonado-Vlaar is a biology professor at the University of Puerto Rico-Rio Piedras.