In 2006, Tara Yosso presented a model that challenges and countered the narrative that people of color—including Black women, do not have a deficit but instead have a wealth of cultural capital. Yosso examines how “community cultural wealth,” an array of knowledge, skills, abilities and contacts possessed, are utilized by communities of color to survive and resist macro and micro forms of oppression.

The six forms of cultural capital ─ aspirational, linguistic, familial, social, resistance and navigational ─ can reframe how Black female students/scholars think and move through the educational pipeline, and later in their academic careers. Drawing on the literature and through storytelling, we seek to bring attention to the concept of community cultural wealth and share how we’ve used Yosso’s model as a strategy to shape our personal and professional experiences as Black women, first-generation college graduates, first-generation doctoral students and now as first-generation entrants into the academy. 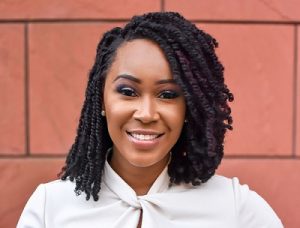 In 2012, Ayana applied to the Ed.D. program at her university. In the spring of 2013, she received a rejection letter from that program. Following the rejection, Ayana recalls the following: “I doubted myself and my abilities. I wondered if I had what it took to actually succeed in a doctoral-level program. I took that rejection as push to work harder. It did not deter me from my pursuit towards a doctoral degree.”

Ayana revamped her application materials and reassessed her research interests and fit within the programs at her target school, reapplying to both the Ed.D. and Ph.D. programs. In the spring of 2014, she received two acceptance letters and would ultimately choose the Ph.D. program. Despite working full-time, self-identifying as a bad test-taker and receiving a rejection letter, Ayana continued to aspire to become the first Ph.D. within her family.

Try This: If you fail, try again, and again. Humble yourself and remember that if it were easy, everyone would do it.

Though slang is considered informal, it is still a language that consists of colloquialisms, expressions and idioms that are salient to the development of linguistic capital. To Janelle, a Philadelphia native, slang words like “ard” (alright) and “jawn” (a noun used to describe any and everything) are commonplace in everyday conversation. However, early in her educational journey she realized that everyone does not or will not speak that same language, and thus she learned how to code-switch ─ alternating between two or more languages ─ in conversations with faculty, staff, classmates and community members. 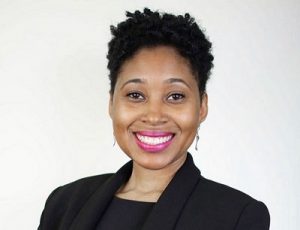 Janelle shares: “While some may regard the ability to code-switch as a defeat or oppression rather than a triumph, I used this skill to lead conversations inside the academy about whose language is most valued and incentivized. This ability to maneuver between languages and relate to different communities of color, allowed access to opportunities and information that were vital to my success in academia.”

Try This: Think about how many languages you speak.

“I began to understand the meaning of ‘it takes a village to raise a child’ when I found myself out of federal funding and unable to complete my last year of my doctorate program,” Patrice recalls.

As young adults we may find it hard to ask for assistance. When word spread that Patrice was going to take a year off to save, donations poured in from family, friends, former educators and from those she only knew by name, all rooting for her success. Patrice continued: “My grandma sent me a card that said, ‘I didn’t have any money to send, so instead I sent you my friends that do.’” As a result of the support of her extended family and community, Patrice was able to navigate some of the financial difficulties of graduate school.

Try This: Think about how to create environments that honor and invite families to participate. 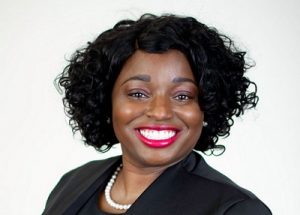 As an undergraduate student, Ayana knew she wanted to pursue graduate-level degrees. What she did not know at the time was how she would finance her education after graduation. Ayana shared: “I learned early on that closed mouths don’t get fed. I also learned the value of an ‘information interview’ from my mentors and faculty advisers of color. They told me that I should consider working in higher education because institutions offered a form of tuition remission.”

Eventually landing a position at a local university, she worked full-time while completing her master’s degree and Ph.D. for free. By leveraging the advice of her mentor, she was able to expand her capital and learned quickly how to navigate academia. She attributes her access into higher education and ability to navigate academia to the social capital she received from other degree-holding mentors of color.

Try This: If you’re thinking of ways to strategize your graduate career, speak with others who currently hold the positions you desire.

“Black girls don’t go to California, and they don’t get into schools like UCLA.” Those were the words of Patrice’s high school guidance counselor in Baltimore. Resistance is passed down from generation to generation, not just by family members, but also by those in positions of power, such as educators.

Patrice never applied to UCLA, though it did not stop her from attending college and now pursuing an Ed.D. Now as an educator, Patrice challenges herself and those that she has the access to influence and inspire to persist beyond those that will oppress and oppose their ability to achieve.

Try This: Think about how to support students who are committed to engaging in and serving their home communities.

Understanding that institutions of education were not created or designed to be inclusive for communities of color, Janelle was very intentional about finding communities that were willing and able to support her journey. For example, after spending four years in a predominantly White high school, Janelle was determined to seek a new experience for her college years. She decided to attend a historically Black college or university.

Janelle recalls: “My White counselors were not in support of this, so I leaned on my track coach, a Black woman, to help me navigate the college choice process and identify HBCUs.”

Try This: Help someone in your community to navigate the college choice process.

Without realizing it, we have built, used and paid forward our cultural wealth. In doing so, we came to appreciate how important community cultural wealth was and is to our journey as Black women scholars and to those who come after us. Embedded within our stories, we’ve highlighted challenges to encourage you to identify and leverage your capital to not only benefit yourself, but the scholars within your community.

Patrice Renee Taveras is a doctoral candidate in the Interdisciplinary Doctorate of Education for Educational Leaders program at Saint Joseph’s University. You can follow her on Twitter @Mrs2DrPWT

Dr. Ayana Tyler Hardaway is a critical qualitative researcher and recently defended her dissertation through the Urban Education program in the Department of Policy, Organizational, & Leadership Studies at Temple University. You can follow her on Twitter @YanHardaway

Dr. Janelle L. Williams is a visiting scholar at Rutgers University, New Brunswick at the Center for Minority Serving Institutions in the Graduate School of Education. Follow her on Twitter @SincerelyDrJae