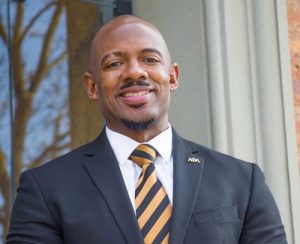 Dr. Jamie Riley, assistant vice president and dean of students at the University of Alabama, resigned last week after his tweets condemning systematic racism and police were criticized by far-right website Breitbart News.

Riley’s tweets from over two years ago were featured in Breitbart’s article which discussed Black academic’s observations about racism in the United States. The organization claimed that the tweets crossed a line.

One of his tweets wrote: “The [American] flag represents a systemic history of racism for my people. Police are a part of that system. Is it that hard to see the correlation?”

Another questioned the motives behind slavery movies, whether they are “about educating the unaware or to remind Black people of our place in society.”

According to Slate Magazine, Riley’s resignation was a mutual agreement with the university. He had only held the position for seven months.

Riley has since deleted his Twitter account but supporters have taken to social media to defend Riley.