A new report from The Education Trust gives most states poor to failing grades when it comes to enrolling and graduating Latinos in public colleges and universities.

The Latino population in the U.S. is increasing as are the number of jobs that require a college education, but The Education Trust report finds that Latinos are underrepresented at public institutions of higher education in most states. “Broken Mirrors II: Latino Student Representation at Public State Colleges and Universities” details how states are performing and shows the gaps that need to be closed to increase the number of Latinos with college degrees. 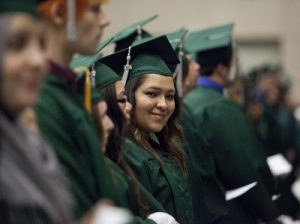 The report looks at 44 states (the other six states had Latino populations of under 15,000 residents between the ages of 25–64) and examines how the percentage of Latinos enrolled at public institutions in a state compares to the percentage of Latinos in that state. A key finding is that Latino students are underrepresented at public colleges and universities, especially at community and technical colleges, in 40 of the 44 states examined. In 33 of the 44 states, Latino enrollment at four-year public institutions does not reflect the state’s percentage of Latino residents.

“States have the autonomy and authority to really provide the funding and the accountability to institutions,” said Dr. Kayla Elliott, senior policy analyst for higher education at The Education Trust.

A corresponding State Equity Report Card (http://www.stateequity.org/) shows how individual states perform and compare to other states, even providing the number of Latino graduates a state needs in order to achieve proportional representation.

“Our main purpose here is to put pressure on state policy makers and leaders to provide more access to higher education for these populations and it’s also to provide tools for advocates,” said J. Oliver Schak, assistant director for higher education research and data analytics at The Education Trust and lead author on the report. “State leaders need to create the conditions for public institutions to enroll and graduate more Latinos.”

The data comes from the American Community Survey (ACS) from the Census Bureau and the timeframe examined was 2014–16.

“At community colleges, in terms of the numbers, there a lot of Latinos enrolled, but what our report shows is it’s still not enough compared to the overall demographics of the states,” said Schak.

Another key finding is that states with the largest Latino populations fail to provide Latino students with the same access to selective public four-year institutions as White students. California, Texas, Florida and New York had enrollment gaps of 10 percentage points or more between Latino and White students. Latinos were underrepresented among associate and bachelor’s degree earners in all 44 states. 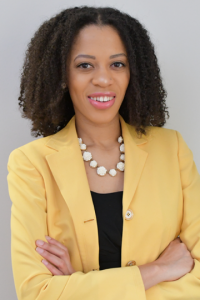 There were some positives.

Florida earned the highest score for enrollment of Latinos at two-year public colleges compared to the state population. Florida, Texas, New Mexico, New York and California are in the top 10 for Latino representation among associate degree earners. New Mexico and Florida stand out for the numbers of Latinos earning bachelor’s degrees.

“New York and Florida are actually pretty notable in terms of Latino enrollment at public four-year institutions,” said Schak. “Digging into those states specifically would be worthwhile.”

The report instructs states to examine the root causes of these educational disparities, such as inequities in the education pipeline. Elliott said discrepancies in K-12 education disadvantage and marginalize students of color. The report also notes that Latino students receive less resources in K–12, which causes them to be less prepared for higher education. They also have less access to experienced teachers and rigorous coursework. Funding and policies are set at the state level.

“That trend continues into higher ed,” Elliott said. “We find that the majority of students of color will then continue onto institutions that are also under-resourced.”

There are suggestions on how states can  set race and ethnicity targets in college degree attainment.

“One thing that is very clear that we have said in our work around attainment goals and in this work around Latino attainment is that any goals you’re setting forward must be disaggregated by race and income if you are ever going to address the inequities that those communities and students are facing,” said Elliott.

“There are more than 30 states that have adopted attainment goals. It’s important that we take that one step and truly begin to address equity,” she added. “You truly have to tailor every intervention to your state and to what you can get accomplished in your statehouse.”