Research Focuses on Lack of Women Authors on Graduate Syllabi

While women in academia are prolific in publishing their research, they are underrepresented in political science graduate course syllabi and reading lists, according to a recent study led by a University of California Irvine scholar. 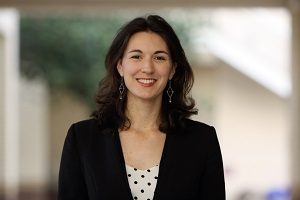 Dr. Heidi Hardt, an associate professor of political science at UC Irvine, and three co-authors found that only one in five readings assigned to Ph.D. level political science students is written by a female author and 18.7 percent of first authors of readings were female. This was despite the finding that women comprise 27 percent of published research. Women also make up 27 percent of faculty in top departments.

In a recent article published in The Journal of Politics, Hardt’s team reported the findings of their four-year research project. In what the researchers describe as the largest known study of Ph.D.-level assigned reading across a discipline, they analyzed 88,673 readings from 840 syllabi and 65 reading lists used in political science graduate courses. A version of their study also was published in PS: Political Science & Politics.

“Our study is drawn from the most comprehensive data set of a given discipline to the best of our knowledge,” Hardt told Diverse. “We have yet to find something of this magnitude in another discipline, so we think it’s the largest study of its kind within any academic discipline.”

The study points to broader implications including the retention rates for women in academia. “We suggest that women’s underrepresentation on syllabi may contribute to “the leaky pipeline,” which describes women’s attrition from academic careers,” the scholars state in the PS abstract.

Hardt further explained, “Courses are often graduate students’ first major exposure to a field of study. If women don’t appear much in syllabi or reading lists, students may receive the incorrect signal that women do not belong in academia. Implicit signals can add up – affecting the leaky pipeline, where women are leaving academia at higher rates than men.”

The research also found that the individual characteristics of faculty affected gender representation in the syllabi that they produced. Faculty of color and female faculty were significantly more likely than White men to assign female-authored readings. The study also revealed that age was a factor; older, female faculty were more likely to assign material written by women.

One of the biggest factors affecting gender representation in assigned readings was instructor and department composition, said Hardt. 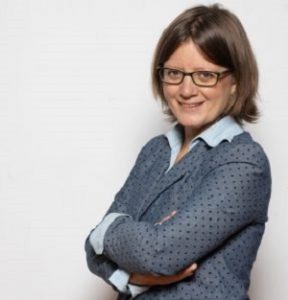 She said the idea for the research project arose from a women’s caucus of the American Political Science Association, which co-author Dr. Amy Erica Smith, an Iowa State University associate professor of political science, also attended. “There were discussions about women’s representation in syllabi and the idea came up to take a look at that, by just pulling some syllabi and taking a look . . .and we realized there’s actually not much scholarship out there at all on the representation of any diverse groups in syllabi,” Hardt recalled.

“As a result, we realized this would be a more interesting project if we could do a much broader study. And that’s what led us to ultimately apply for funding.” The scholars obtained research grants from the National Science Foundation, APSA and an Iowa State University College of Liberal Arts and Sciences Seed Grant.

In addition to documenting the gender readings gap, the researchers have also made their Graduate Assignments DataSet (GRADS) publicly available as a free online database for researchers seeking to diversify syllabi or publications.

Hardt said that their research may have broader implications.

“We hope that other academic disciplines take a look at this question and see if the gender readings gap is exclusive to political science or if it extends across academia,” she added.

College Enrollment is On the Decline