Wilson,has researched and written about race and class in America for half a century. At the symposium, the Lewis P. and Linda L. Geyser university professor emeritus witnessed as his colleagues discussed his books and legacy at length. 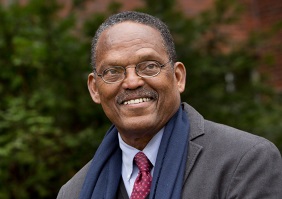 The event kicked off with a panel called “Race Relations/Inequality in Historical and Contemporary Perspectives,” where panelists shared personal stories about Wilson and engaged with his research.

Throughout the day, scholars discussed Wilson’s works like his 1973 volume Power, Racism and Privilege: Race Relations in Theoretical and Sociohistorical Perspectives, his 1978 book The Declining Significance of Race: Blacks and Changing American Institution and his 2009 publication More than Just Race: Being Black and Poor in the Inner City, his most recent book.