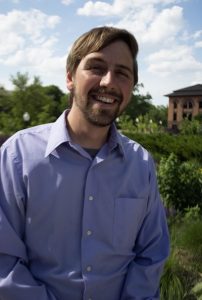 As a first-year student at Georgetown University, Abhichana Naiyapatana went to the Jesuit Values Panel, a discussion held by the school’s campus chaplains. The chaplains represented “all major religious traditions,” the moderator said.

“Georgetown boasts its diverse chaplaincy,” she says. But “I was like, ‘Wait, where is Buddhism?’”

She wrote an article in her campus newspaper about the experience, hoping it would help the university raise funds and awareness to hire a Buddhist chaplain.

“College is a stressful time,” Naiyapatana says. “You really want to find someone to talk to about spirituality or dealing with loss or all the issues therapy might not be able to address on the spiritual side of things. … Having a chaplain that represents your faith tradition really, really helps.”

Naiyapatana developed relationships with other campus chaplains, but she missed having conversations couched in her own religious terms and scriptures. She went to a Thai Buddhist temple an hour away once, but “it was a lot of work” for guidance other students could find on campus.

Religious minority communities are growing on American college campuses, but they’re still less likely to have their own campus chaplains.

Chaplains serve a variety of functions on campus. They offer pastoral care, run religious events, advocate for religious students and do interfaith work. But they can also be a factor in students’ academic success, says Cody Nielsen, executive director and founder of Convergence, an organization that promotes religious diversity in higher education. He’s currently pursuing a Ph.D. in higher education administration at Iowa State University.

He pointed to a seven-year UCLA study called “Spirituality in Higher Education,” which analyzed data from 14,527 college students at 136 colleges and universities starting in 2003.

The data showed that “students who were part of spiritually practicing communities and had healthy spiritual experiences on campus — who felt safe and belonged — had higher retention rates, better graduation rates, higher civic engagement, and higher student satisfaction and lower instances of mental health [issues] than their peers,” Nielsen says. 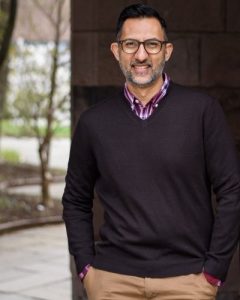 this to be true in their work.

In general, “a student whose emotional and spiritual wellness is being addressed is going to be able to approach their academic performance in a much healthier way,” Chander says.

But chaplains are particularly critical to the success of students who identify as minorities, “racial, ethnic and cultural minorities but also religious minorities,” he adds. Hyphenated identities — like Hindu-American, Jewish-American, or Muslim-American — come with “real stress and real tension” that impact students’ everyday lives, including their academic performance.

Dr. Nisa Muhammad, the assistant dean for religious life at Howard University, agreed that students from religious minority communities do better in school when they have campus chaplains.

“This is evidence-based,” Muhammad says.

But chaplaincy for religious minority communities is also about logistics, she adds. A lot of details go into living a Muslim life on campus. Muslim students need concrete resources like prayer spaces open five times a day, halal food, and time off for Jummah or Friday prayer services. That’s where a chaplain comes in.

“A Muslim chaplain — or a very sensitive chaplain — can make all of this easy,” she says. 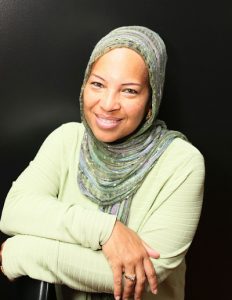 The importance of these accommodations is often underplayed, says Nielsen. When he was a Methodist minister serving the University of Minnesota, he found that the school offered no kosher or halal food. When he went to the administration, they wanted to help but didn’t know how.

So many schools balk at understanding — and providing for — students’ religious lives because “it’s complicated,” he says. But “diversity and inclusion is complicated.”

Nielsen thinks accommodating minority religious communities is about more than adding options at the dining hall.

To him, it’s obvious that “when you don’t have to think about where to meet your dietary needs” or other details of religious life, it’s easier to feel a sense of belonging at school.

“Without creating an environment that demonstrates our value on inclusion, we are perpetuating the ongoing crisis of Islamophobia, anti-Semitism and even anti-atheist sentiment perpetuated in the West,” Nielsen says. Campus chaplains are in an ideal position to tell their institutions, “We have deeper issues here to address.”

Chander thinks this is partly because minority religious communities just haven’t caught up to their counterparts yet. Hindu Americans and Muslim Americans, for example, are relatively recent immigrant groups, he says. Their communities are just starting to recognize the need for campus chaplains.

But there’s also “a kind of White Christian normativity” that has deep roots in long-standing institutions like colleges and universities, Chander adds. In addition to his chaplaincy at Princeton, he’s a doctoral candidate in higher education at New York University, where he was awarded the Veera and Sam S. Jain Scholarship in Vedanta Studies.

He finds that schools often organize chaplaincies with the “presumption of an Abrahamic framework.” For example, well-intentioned universities will seek out Hindu priests to guide Hindu student groups, and they’re surprised when priests aren’t interested. But Hindu priests don’t do pastoral care like rabbis or ministers, he says. They’re primarily involved in temple rituals.

Chander describes it as an “uphill battle” to overcome the Christian undertones of chaplaincy, “or to even recognize it and call it out and start changing the narrative to create more space at the table.”

“To be truly inclusive,” he says schools need to not only recognize the need for “diverse representation” but to ask, “What is this table that we’re sitting at? Who gets to decide how the table is set?”

While there’s more work to be done, just seeing campus professionals who practice like they do matters to students, Muhammad says, especially for religious groups that are often marginalized.

“In a world where it’s sometimes difficult for students to even say they’re Muslim on campus, to now have representation is significant,” she says. “This is a world where Islamophobia is rampant and it makes a difference when they can see someone who looks like them and can speak up for them.”

That’s what Naiyapatana wanted as a freshman — to see a chaplain that could speak to her religious experience. Three years later, Naiyapatana is a junior, the president of the Buddhist Student Association and a student worker for the Georgetown University Campus Ministry.

This fall, at the welcome event for students from Dharmic traditions, Georgetown introduced a new residential minister — a female Buddhist monk. Naiyapatana is hopeful that schools are increasingly listening to religious minority students and recognizing the importance of chaplains for their communities.

“Finally, I have someone of my faith tradition who’s represented on campus,” she said. “My before-graduation goal was to actually make Buddhist chaplaincy a thing on campus, and I’m slowly seeing it. I can graduate in peace.”