College and university leaders are constantly asking themselves how to enroll and retain underrepresented students. According to Joe Feldman, CEO of Crescendo Education Group, there’s something every professor can do to make higher education more equitable. They can change the way they grade. 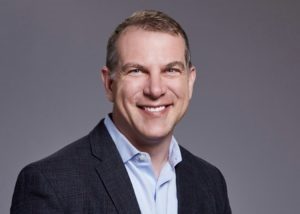 “If we’re serious about addressing the achievement disparities and retaining more historically underserved students, we have to tackle the cores of the education system and grading is one of them,” Feldman said.

Through Crescendo Education Group, Feldman has been advising schools about how they can grade more equitably. But about a year and a half ago, Feldman started getting inquiries from colleges and universities also asking for guidance.

Professors are rarely taught how to teach, let alone how to grade. Faculty who read Feldman’s book had a hunch their grading practices might be impacting retention rates for low-income students and students of color.

Beth Patel, an English as a Second Language instructor at the College of Marin, said she felt “really struck” by the book’s findings. As the college’s professional development facilitator, she created a book study group for instructors and later invited Feldman to give presentations to deans and faculty.

“A lot of times when we’re talking about equity, we’re looking at what’s a big program the college can do,” Patel said. “But with this idea, this goes to the very basic things that we do. This is saying that every faculty member has control of this in their classroom. At such a fundamental level, we can begin to make change.”

In addition to College of Marin, Feldman now works with faculty at other higher education institutions like the University of California Berkeley, SUNY Cobleskill and Stanford University.

Feldman has a series of recommended grading practices that he shares with faculty. One of his core principles is that traditional grades average a students’ work over time rather than assessing how much they’ve learned overall. So, students who take longer to grasp the material have lower grades dragged down by their early homework and test scores, even if they’ve fully mastered the concepts by the end of the course.

That’s why he encourages professors to allow students to retake tests and redo essays as a part of their class structure. The goal is to foster a “growth mindset” and provide students with more opportunities to improve.

“For students who have a weaker education background, it may take them longer to learn things,” Feldman said. “Mistakes are really important for learning. When students take some assessment, there should be opportunity to learn from that.”

For the same reason, Feldman also discourages grading on a curve, which pits students against each other instead of assessing their individual growth. Curves “turn your institution into a sorting mechanism,” he said, where not all students can be successful, regardless of how much they learn.

In a university context, his main advice to faculty is to set clear expectations for students at the outset of a course. Instead of just a point system, which can feel arbitrary, faculty should provide “descriptions of what mastery looks like,” he said. If students have a rubric at the beginning of the semester telling them exactly what they’re supposed to learn from each assignment, they have a better chance of succeeding.

“What colleges and universities are still figuring out is how do we not just make the systems of the university more accessible and transparent, but how do we actually make the course content and the way kids are measured more explicit?” Feldman said. “Every student can hit a target when it’s clear to them what the target is and it doesn’t move.”

When he works with faculty, Feldman encourages them to try out one new grading practice per course and to record their students’ progress. After two months, faculty gather together at a workshop where they can swap notes. This way, they meet four to five times a year and can share data about the grading practices they’re experimenting with across departments.

For faculty, this process isn’t always easy. Grading can be “very personal” to them, Feldman said. He described grading as “one of their last islands of autonomy” where faculty exercise “the greatest level of personal judgement and identity.”

When Patel instituted new grading practices, she loved the results, but it felt like “giving up a little bit of control,” she said.

Instructors are also still working on getting the details right. As a teaching assistant in UC Berkeley’s engineering department, doctoral student Theresa Oehmke found the new practices tricky to implement. While the professor created a guiding rubric for the course, it was his first time so he often had to tweak it, which left students unclear about their grades.

Still, Oemkhe sees “potential to lower some barriers” in the new grading methods and appreciates that they deemphasize “how you were taught previously.”

Perhaps the biggest challenge for Feldman’s work is the perception among faculty that equitable grading practices are less rigorous than traditional grades. But Patel has found that students in her courses just have more opportunities to prove themselves now. For example, an ESL student who otherwise would have failed her class passed, she said, because he was able to meet with her, reexamine the material and retake the exams. The retakes showed how much he had learned.

“A lot of times when you throw the word equity around, people will dismiss it and say you’re trying to make things easier,” Patel said. “Equity is not about making things easier. It’s about giving everyone the opportunity to be successful.”

Legislature Approves $56.8B Budget With More for Schools, Roads