On Being Told to Manage Money That I Don’t Have

I’ve been a saver ever since I can remember. The skills of bargain hunting and money management were ingrained in me from an early age by a coupon-collecting mother and a father who did his best negotiating in garage sale driveways – not skills developed for fun but for survival, not unlike many students who have grown up in households with little-to-no income. So you could imagine my surprise when I sat down with a financial aid advisor at my institution, explaining that I wouldn’t be able to make my first month’s rent due to the university’s disbursement timeline, and I was met with a resounding: “You need to learn to manage your money better.”

This meeting wasn’t the first time I was shamed for being a low-income student – it’s become a rather predictable occurrence in higher education to be blamed for my circumstances. Instead of providing the means for students to fund their survival or decreasing systemic barriers like disbursement timelines, higher education institutions continually invest in middle-class solutions such as financial literacy programs. The problem doesn’t lie with financial literacy programs themselves – programs which are designed to teach students how to budget their money and familiarize them with topics such as credit and loans. However, we should recognize that it is counter-intuitive to teach a person to fish without first providing them with a fishing pole.

When I graduated high school in 2011, I was promised a full-ride scholarship – thanks to the Gates Millennium Scholarship Program – but little did I know that a “full-ride” wasn’t all encompassing. Many scholars, such as Dr. Sara Goldrick-Rabb, have discussed at-length the shortcomings of cost of attendance calculations, which often fail to provide for students’ cost of living, let alone provide enough money for the students to “manage” or put aside for the next semester’s rent. And while the burden of paying for college itself was taken off of my shoulders, my life would soon revolve around university disbursement timelines. Even in years when my scholarship organization would send my check to the university in early August, I would not see any of that money until, typically, two weeks after classes had started – and as it turned out, a week after my rent was due. 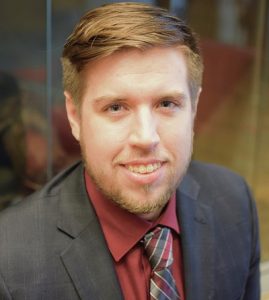 Instead of expecting low-income students to manage money that they don’t have, here are some very straight-forward strategies which all institutions should consider to better serve these students:

First and foremost, implement an early disbursement timeline and early-loan program so that students get their money when they need it. According to Federal Student Aid guidelines, institutions may disburse funds as early as 10-days before classes have started, yet many institutions require students to wait until several weeks after the semester begins, such as at Grand Rapids Community College and Oklahoma City University. Even at institutions which have normal disbursement timelines during the Fall and Spring semesters, their Summer disbursement timelines can be unnecessarily long, such as at Penn State University. And while there appears to be a growing number of scholarship programs, especially full-ride scholarship programs, all around the United States, students often struggle to get their financial aid on timelines that align with their livelihood. Early-loan programs could provide leeway for students to make their rent on time, buy food and other necessities to get by, and also prepare for their courses (by buying books and other supplies), as they could request a financial aid advance before the semester starts and then pay it off once the scholarships and financial aid arrive. It is recommended that these early-loan programs are not a cost to the students, as every little bit of financial aid is vital to many students’ survival, and that they are available for amounts that can cover rents and other necessities (i.e., $1000-1500 or more). At one institution I have attended, the most they could provide me before the semester started was only $500 – still leaving me well short of my $700 rent and other living expenses.

Second, develop an emergency aid fund for all students – undergraduate and graduate alike – to apply to when in need. Several institutions, generally those which are larger and well-endowed such as The Ohio State University, have been able to establish emergency aid funds through student fees, providing an emergency option for students in need. While application processes vary, those which are most well-suited to serve the needs of students are those which review applications within 48 hours and don’t require excessive paperwork that may deter students from applying in the first place. However, perhaps the most necessary consideration that institutions should consider is who is eligible to apply for these funds. In my instance, I sought out an emergency aid fund and only after applying did I learn that I did not qualify because I was a graduate student – and indeed, when we recognize the many barriers graduate students may face in higher education (especially the increased likelihood that they may have a family to support), we are continuing to underserve a large proportion of our student bodies.

Third, establish a food pantry and other resource centers that may serve to meet basic needs for students. In recent years, several institutions have taken necessary steps to provide for students’ basic needs by opening food pantries on their campuses – although, many more institutions still need to make this adaptation. Other institutions have been more innovative in their approaches and have provided more extensive services, such as Single Stop programs that offer free tax preparation and benefits counseling on applying for government aid (both in relation to education expenses and beyond) for both students and their families.

And fourth, revisit reimbursement policies across all departments and recognize that these policies are not mindful of students (or faculty or administrators) coming from less privileged backgrounds. While many students are often guaranteed funding through their scholarships or fellowships, institutions often require that students pay up-front and then rely on being reimbursed later on – however, many students do not have the money or credit to support these expenses. Indeed, as Jessica Sagers writes, these reimbursement policies make academia less inclusive.

These are but a few suggestions to make our campuses more inclusive and supportive of low-income students. Actions speak louder than words, and if higher education institutions are supposed to be the “great equalizers,” as is so often promised, it’s time they act like it.

Tyler Hallmark is currently a Ph.D. candidate at The Ohio State University.