Jessye Norman, the renowned international opera star whose passionate soprano voice won her four Grammy Awards, the National Medal of Arts and the Kennedy Center Honor died on Monday. She was 74.

“We are so proud of Jessye’s musical achievements and the inspiration that she provided to audiences around the world that will continue to be a source of joy. We are equally proud of her humanitarian endeavors addressing matters such as hunger, homelessness, youth development, and arts and culture education,” the family statement read. 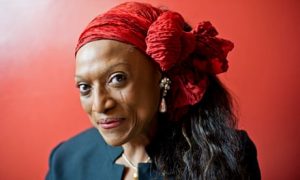 Norman was a philanthropist, raising funds to help students attend school and championing the arts and diversity.

“I look at symphony orchestras around this country and I want those orchestras to look more like the demographic they’re meant to serve. I would like to see more African-Americans on the stage at the Metropolitan Opera here in New York. There are certainly some, but not nearly enough, and I come across so many singers who are terribly gifted and that would be an asset to these opera companies around our country. But we still have these people who are just a little bit hesitant, and perhaps not as open hearted … as I’d like them to be,” she once said. “I look forward to the day when we do not think about color of skin when we’re looking to have a person do a job, whatever that job is.”

The Jessye Norman School of the Arts opened in 2003 in Augusta to provide a free fine arts education to disadvantaged children. The Augusta Chronicle reported that Norman was set to attend the Oct. 11 street-naming ceremony in her hometown on Eighth Street, where the school is located. It will be named Jessye Norman Boulevard.

A graduate of Howard University, Norman served on the school’s board of trustees from 2002 until 2014.