As Latino children entered elementary schools this fall, they were likely to encounter fewer White students than they would have a generation ago, based on a recently published academic study. However, the same research found that low-income students of all racial groups were more likely to share classrooms with middle-class pupils than in previous decades.

A team of seven researchers from three universities published findings in Educational Researcher, a peer-reviewed journal of the American Educational Research Association, stating that school segregation worsened for Latino children compared with a generation ago while economic integration of poor students across races improved unexpectedly.

“Overall, we ­find intensifying segregation of Latino children from White peers among schools in districts that enroll at least 10 percent Latino pupils; this [is] set against already high levels of racial isolation,” the article states.

An overall increase in the Hispanic population in the U.S., as reported by the U.S. Census Bureau, has been accompanied by a growth in the Hispanic student population. From 1996 to 2016, the number of Hispanic students enrolled in schools, colleges and universities in the United States doubled from 8.8 million to 17.9 million, according to Aug. 28, 2017 Census Blogs at census. gov.

Hispanic students now make up 22.7 percent of all people enrolled in school.

Along with that population growth has come the “intensifying” degree of segregation of Latino students discussed in the study. However, the research also discovered unexpected good news. “An expanding Latino middle class is moving to economically better-off neighborhoods and schools that are more integrated, at least along social-class lines,” the study explains.

“We need to think about segregation in the complex way in which it manifests itself in our lives,” says Dr. Claudia Galindo, an associate professor in the College of Education at the University of Maryland and a co-author of the study. “Mobility … for example or places where Latinos decide to settle is an important variable. The nature of segregation is changing.” 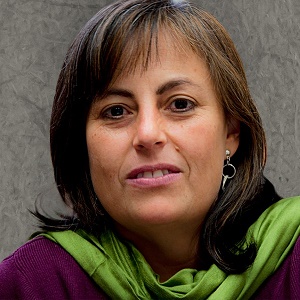 With the higher graduation rates have come higher income, college and other postsecondary education of parents, home ownership and other elements of middle-class life. The study also found different levels of segregation between children of immigrant and native-born parents.

“Children of immigrant parents remain in starkly isolated schools,” Galindo said. “This stands in vivid contrast to the slowly improving picture for many native-born Latinos.”

Dr. Bruce Fuller, a professor of education and public policy at UC Berkeley, cites existing policies and practices discussed in the study that are addressing the Latino segregation issue. “We do think there are things districts can do to expand integration within districts,” says Fuller, who directed the study. Fuller describes “managed choice” and “controlled choice” initiatives put forth in some districts.

The study cites previous research that determined that racially segregating students of color in certain schools often corresponds with unfair financing of those schools and disparities in quality and content of curricula. The study points to efforts by local leaders to racially integrate students within their districts by offering programs that attract racially diverse students.

The researchers note that school districts throughout the country are developing and broadening integration strategies. As examples, they cite Los Angeles, which is expanding magnet schools and dual-language immersion programs, and Chicago, which is blending diverse student populations by merging some schools that experience declining enrollment.

One local example of how education leaders are addressing racial segregation has been occurring in New York City, where the executive committee of the School Diversity Advisory Group issued a report in August recommending abandoning the district’s “screened” and Gifted and Talented programs, a move that elicited immediate controversy.

“Simply put,” the advisory group’s proposal stated, “there are better ways to educate advanced learners than most of the current ‘Screened’ and Gifted and Talented programs, which segregate students by race and socioeconomic status. Today they have become proxies for separating students who can and should have opportunities to learn together.”

Asked to comment on the New York City recommendations, Fuller tells Diverse via email: “Gifted/talented programs have become terribly segregated in NYC, despite [being] founded to help integrate kids.”

He says the New York group’s recommendations to move toward magnet, dual-language programs are similar to moves in other districts. “NYC might attempt inter-district integration, like New Jersey and Boston currently do. … Intra AND inter-district efforts are required to make discernible progress,” Fuller writes. 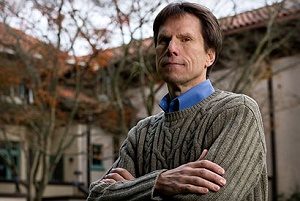 The NYC advisory group recommended several measures aimed at promoting integration and inclusion in the public schools. They include eliminating rigid academic tracking in elementary school “that results in economic and racial segregation of students”; preserving the use of inclusionary admissions practices such as international schools and dual-language programs; and phasing out elementary-level gifted and talented programs while eliminating the use of “gifted and talented” nomenclature in middle school programs.

At the high school level, the recommendations include ensuring that all admissions criteria “are transparent and designed to reduce the racial and socioeconomic isolation currently prevalent in most high schools.”

Although NYC Mayor Bill de Blasio and schools Chancellor Richard Carranza have indicated support for the proposals, a number of community leaders and educators have voiced opposition. And both Democratic and Republican district leaders have also raised strong objections in local media. “We need to have programs for gifted and talented students in every school in New York City. Instead of abolishing these popular programs, we need to expand them significantly,” Democratic district leader Ari Kagan told the Brooklyn Reporter.

The fact that close-in suburbs that were previously White and now are more diverse “opens up new ways to think about how we integrate schools,” Fuller says.

Community response to immigrant and lower-income Latino families who migrate beyond inner cities is a factor to be considered by educators and local leaders. His group’s research reveals possible conflicts. “Many Latino parents continue to exit traditional urban enclaves, migrating to aging suburbs and exurbs, where the reception offered by educators and fellow residents ranges from ill-prepared to downright hostile,” the study states.

Meanwhile, a growing Latino middle class is moving to neighborhoods and schools that are more integrated along social-class lines.

“It’s essential that we consider hard evidence as the nation debates questions of fairness, segregation and immigration,” Galindo says in the announcement of the research. “Our findings show increasing racial separation for Latino children, while many parts of the country are better integrating poor and middle-class youngsters, a sign that we can make progress.”

Separate and Unequal: Black Americans and the US Federal Goverment. – book reviews

Commentary: Could End of Affirmative Action Be Boon for Black Colleges?