A new study finds that college students who build diverse friendships are likely to develop positive attitudes towards all world views.

The most recent findings from the Interfaith Diversity Experiences and Attitudes Longitudinal Survey (IDEALS) explore how close friendships with people who come from different religious backgrounds, political ideologies and guiding perspectives can impact interfaith development and attitudes.

In the report “Friendships Matter: The Role of Peer Relationships in Interfaith Learning and Development,” researchers found that gaining an interworldview friendship can potentially double the percentage of first-year college students who highly appreciate the worldview of a new friend. Researchers also discovered a long-term positive impact in which students with interworldview friends can develop positive attitudes towards others with all worldviews. 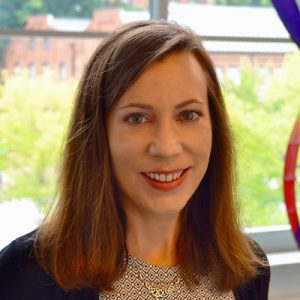 “We are living in a particularly polarized time in history,” said Dr. Alyssa N. Rockenbach, professor of higher education and alumni distinguished graduate professor in the Department of Educational Leadership, Policy and Human Development at North Carolina State University and one of the authors of “Friendships Matter.”

“The IDEALS project is intended to shed light on how higher education might help bridge divides we see in our society right now. Our goal, ultimately, is to understand how students’ experiences in college—whether in class, through their co-curricular engagements or through relationships with peers—shape their ability to cooperate across religious and worldview differences,” said Rockenbach, co-principal investigator for IDEALS, which was launched in 2015.

The report notes that having a diverse peer group enables college students to understand and appreciate other cultures and reduces prejudice. Sustained interaction over time deepens the understanding and investment in diversity.

Rev. Jim Burklo, senior associate dean of religious life at University of Southern California (USC), said fostering interfaith engagement is a key part of his work. Given the large size of the student population at USC and the substantial presence of international students, there is incredible religious diversity.

“We have a very strong interfaith council on campus,” said Burklo. “This is a group of students that meets every week and they share from their different religious perspectives about different topics—peace and war, interfaith dating and social and political issues. That’s a really lively group.”

“We developed the IDEALS instrument to collect data on student characteristics, their worldview identities and commitments, the expectations students hold for their college campuses and the way in which they perceive the climate, their experiences and behaviors around interfaith engagement before and during college, and their attitudes toward and knowledge of people who come from worldviews other than their own,” said Rockenbach.

Ninety-four percent of college students reported having at least one friend of a different religious or non-religious perspective at the start of their freshman semester. Forty-seven percent reported having five or more interworldview friends. Forty-seven percent said they had one to four friends with a worldview different than their own. Only six percent had no friends of other perspectives.

“Some of the difference is likely explained by belonging to a majority religious tradition,” said Rockenbach. “Christians live in a country where there are many people who share their faith, and thus more like-minded people with whom to become friends. Conversely, people who belong to a minority worldview or religious tradition are surrounded by more people with worldviews that differ from their own.”

Political ideology is also a factor. Sixty-seven percent of students who are “very liberal” said they have five or more interworldview friendships in their first term on campus. “Moderates” reported 45 percent and “very conservative” reported 20 percent. Seventy-two percent of respondents reported close friendships with people of different races and 59 percent reported being friends with people of different sexual orientations.

The student respondents who didn’t have any interworldview friendships at the start of college reported gaining at least one such friendship during their first year. The study also noted that many of these friendships were sustained throughout college.

Even though diversity may exist on a campus, factors such as institutional support, campus climate and opportunities for meaningful diverse interactions influence the likelihood of students developing friendships. Rockenbach noted that laying a positive foundation right from a student’s arrival on campus year one is important. Negative campus climate can undermine interworldview friendship development.

“Campuses have a lot of work to do to support students who have been wounded by polarizing dynamics in the communities where they grew up and who might be fearful or resistant to engaging worldview differences,” said Rockenbach. “Higher education institutions have an opportunity to help students reach across religious and political differences, but to do so they need to create conditions that open the door to productive conversations and relationships across those differences.” 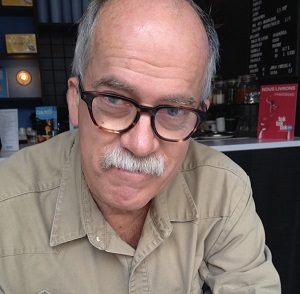 The data shows friendships can survive conflict and disagreement. Sixty-four percent of respondents reported they stayed close to someone even though their religious or non-religious perspectives were incompatible.

Rockenbach said intentional engagement, such as attending religious services for another tradition, participating in an interfaith activity and participating in informal conversations all can bring about positive results. She hopes the report will be useful to students, parents, faculty, administration, student affairs and campus ministries.

“It is critical for campuses to consider strategies for enhancing institutional norms and engagement opportunities that help cultivate friendships and thereby positive attitudes,” Rockenbach said. “Show students that you intentionally build interworldview relationships.”

Burklo said there are many events and programs at USC that promote interfaith dialogue and connection. There’s a monthly speaker series called “What Matters to Me and Why,” where administrators and professors of different backgrounds share details about their lives. The SOULJOURN program take students to different houses of worship around Los Angeles. There are retreats, such as the one he is leading this coming weekend about ancient Christian contemplative meditative practices. He expects nearly half the students who attend will not be Christians.

“You start seeing the connections and similarities as well as the differences among these different faiths as you hang out with people who practice them,” Burklo noted. “That makes you curious to understand what it’s about for the other person. … You become more of a citizen of the world. Certainly, it increases not just tolerance, but also a sense of pluralism.”

Getting to the Truth