Alongside the Atlanta Film Society, Morehouse College will host the first annual Human Rights Film Festival Oct.10-12 to provide a platform for independent filmmakers to show off their work and provoke conversations about social injustice issues.

The festival will also honor Morehouse alumnus and film director Spike Lee with a lifetime achievement award in film. Beginning in 2020, the “Spike Lee Award for Social Impact in Filmaking” will be given out each year to filmmakers who use their platform to address major issues such as immigration, race and politics, according to the university. 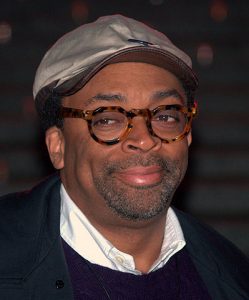 Throughout the festival, 34 documentaries and short films focused on cultural awareness will be judged. There will be panel discussions focused on human rights issues as well as workshops led by screenwriters, editors, directors and producers. Additionally, representatives from Netflix and WarnerMedia will be in attendance to discuss career opportunities within the film industry.

“I believe that films give us an opportunity to examine human behavior through a lens that captures the essence of our humanity and brings an awareness to important issues that should be widely exposed,” said Kara Walker, executive director of the Human Rights Film Festival. “By highlighting global injustices and promoting an understanding and appreciation of diverse thoughts, beliefs, and lifestyles, human rights films start the difficult conversations that are necessary to rally people to effect positive change.”

Commentary: Reacting to the Changing Face of U.S. Demographics

Facing Off On Political Diversity