Howard University is partnering with Amazon Studios to launch a new program aimed at diversifying Hollywood.

During Homecoming Week, at the end of his State of the University Address, Howard University President Dr. Wayne A.I. Frederick announced Howard Entertainment, a pilot program to train students of color for careers in the entertainment industry, from film directing to marketing to entertainment law.

The two-semester program, starting in January 2020, will bring 14 to 15 Howard University students to the epicenter of the industry – Los Angeles, California.

The program “aligns with Howard’s strategic goals of enhancing academic excellence and inspiring new knowledge,” Frederick said. “Partnering with Amazon Studios will enable us to marry academia and industry efforts to build a robust workforce of diverse entertainment industry leaders.” 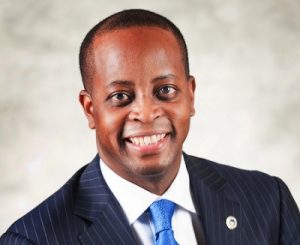 This isn’t the first Howard University program to blend academic learning with professional experience. For example, in 2017, the school launched Howard West, a partnership with Google where students take computer science courses and participate in a residency program at Google’s Mountain View campus.

The goal of Howard Entertainment is to help students develop the concrete skills they need to thrive in Hollywood roles.

“We know in Hollywood, in the entertainment industry, we’re missing the voices of Black and brown people, particularly in the executive ranks, people who are working behind the scenes who have the ability to greenlight projects and decide what projects go forward,” said Latasha Gillespie, Amazon Studios’ global head of diversity, equity and inclusion.

The entertainment industry continues to lag when it comes to diversity. Black film directors made headway last year with a record 16 Black directors at the helm of top 100 films, according to a USC Annenberg Inclusion Initiative study. People of color also accounted for 19.8 percent of lead roles in 2017, up from 13.9 percent the previous year, according to a 2019 UCLA study.

But that percentage would need to double to be proportional to the U.S. population. Meanwhile, the same study found that Hollywood writers of color rose by less than one percent from 2011 to 2016, and 90.8 percent of entertainment industry agents were White. This is despite the fact that films with diverse casts – 31 to 40 percent people of color – actually do better, bringing in the highest median box office receipts in 2017.

When Gillespie, a parent of two Howard University students, heard Frederick speak about his idea for a program geared at students interested in entertainment, she said she worked her way up to the front of the room and asked, “How can I help? How can I be a part of this?”

The two started working together. Frederick called Amazon Studios a “perfect partner” for the program.

“Their ability to use what is an ever-evolving platform in a contemporary fashion is one of the things I wanted to make sure the students would get exposure to,” he said.

Gillespie sees the program as an opportunity for students to better grasp the ins and outs of “how the entertainment industry works.” She wants it to “prepare them to sit in those seats and bring all of their lived experiences to the table to help us find fresh new stories to tell,” she said.

Students are going to be able to make decisions about “what projects come into your homes, on your televisions and on your screens,” she told the crowd.

Howard University has already graduated a number of big names in the entertainment industry, including actor and producer Isaiah Washington, and director and television producer Safiya Songhai.

To be considered for Howard Entertainment, students will have to go through a competitive application process. Each candidate has to fill out an application and go through an interview process. The first cohort will be a mix of Howard University upperclassmen and graduate students.

“We already know we’re getting top-notch students,” Gillespie said. “Howard University has a legacy of producing talent across multiple disciplines.”

While Amazon Studios is the program’s anchoring partner, Gillespie plans to reach out to other studios about participating in the program, as well.