National data shows consistent correlation between discipline disparities and academic achievement gaps for African-American students, according to a new study from AERA Open, a peer-reviewed journal of the American Educational Research Association.

The study utilizes data from the Stanford Education Data Archive and the U.S. Department of Education’s Civil Rights Data Collection to confirm and expand on previous research that explored racial discipline gaps and racial achievement gaps.

The data examined involved grades three through eight in districts across the U.S., the only grades for which national achievement data is available. These were the grade levels tested nationally under the No Child Left Behind Act of 2001. The researchers examined the 2011–12 and 2013–14 school years.

“Our study is an attempt to establish at the national level what has been hypothesized for several years and what has been demonstrated at the local level,” said Dr. Francis A. Pearman, II, an assistant professor of education at Stanford University and lead author of the report, “Are Achievement Gaps Related to Discipline Gaps? Evidence from National Data.”

Last year the U.S. Department of Justice and U.S. Department of Education rescinded federal guidelines put in place in 2014 to address disparities in school discipline, which concerns the researchers. Pearman noted that students of color, particularly African-American students, face challenges that cannot be reduced to their socioeconomic status. 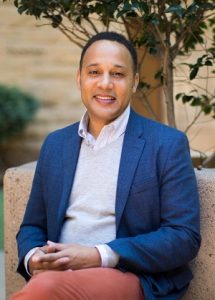 “Acknowledging that fact and tailoring procedures, programs and pedagogy in a way that acknowledges the lived experiences of Black student, in particular, will enable schools, teachers and districts to better serve them,” said Pearman. “There are important differences in some districts versus others, which are important to explore, but in terms framing up what we know in general about achievement gaps and discipline gaps, being able to talk about what happens at the national level is really important to be initial benchmarks for conversations around equity in U.S. schooling.”

Problems appear more pervasive for Black students. When compared with White students, both African-American students and Hispanic students in districts that have higher discipline gaps also have higher achievement gaps. When researchers controlled for other community-level differences across districts, such as income and education levels in the surrounding community, the relationship between the discipline gap and the achievement gap declined between Hispanic students and White students.

“The disparities between Hispanic and White students—both in terms of achievement and discipline—are not as pronounced as they are between Black and White students,” said Pearman. “The mechanisms connecting the achievement gap to the discipline gap—whether they be issues related to teacher biases or to feeling isolated at school—may simply be most salient for Black students as compared to any other racial groups.”

What does relate directly to the subject of the report are the variations that are attributable to in-school practices, policies and procedures, such as how schools mete out punishment. Pearman said another way to think about racial discipline problems is how they are expressive of the broader disciplinary environment of the school.

Pearman said that he hopes that the research report is read by educational researchers as well as administrators, teachers and parents because there are a number of implications for this work. Over the past 20 years, efforts to address the racial discipline gap and the racial achievement gap have largely been conceptualized as separate projects. Seeing the correlation impacts the development of effective solutions.

The authors suggest several teaching approaches that can help raise academic achievement, which will then reduce disciplines. These include culturally relevant teaching and ethnic studies programs, as well as positive behavior interventions and supports. Also adopt disciplinary practices that do not utilize suspensions.

“Part of this work is providing more expansive understanding of what each of these disparities mean for policy, for practice and for research in the contemporary U.S. school,” said Pearman. “Think more expansively about what these efforts can mean in terms of improved equity in schooling.”