The Road to HBCU Self-Sustainability

My boss, Dr. Walter Kimbrough, President of Dillard University, sent the faculty and staff an article about the current state of Historically Black Colleges and Universities (HBCUs).  Delece Smith-Barrow in her piece titled “H.B.C.U.s’ Sink-or-Swim Moment,” discusses how these institutions are on the “brink of financial ruin.”   She gives a lot of important data about HBCUs and their importance to thousands of students who benefit from the education HBCUs provide. The financial challenges that many HBCUs face are attributed to a declining proportion of African-American students who attend them.  And the when one considers the rising cost of higher education and the more than 60 percent of HBCU students who qualify for the federal PELL Grant, the problem is magnified even more.  Smith-Barrow and many other prognosticators paint a very bleak picture for the future of HBCUs.

I can’t argue with their assessments and prognoses.  Having been in the trenches of HBCUs for most of my life as a student, administrator and instructor, I know first-hand the difficulties our institutions face.   I believe, however, that HBCUs have the capacity to turn around their fortunes.  In a recent conversation with my institution’s alumni leadership, I spoke about the challenges with fundraising and the threat of HBCUs losing about $85 million annually if the Senate does not pass the FUTURE Act, which allocates over $200 million to Minority Serving Institutions (MSIs).   I told them about my vision of a day when HBCUs do not rely on people who don’t love and value them to keep them alive.  There is enough capacity among HBCU alumni and the communities in which they reside to provide the necessary resources to make these institutions not only survive, but also thrive.  So while I agree that things are daunting, if everyone who has benefited from an HBCU education, or know people who have, would support them, their fortunes would quickly improve. 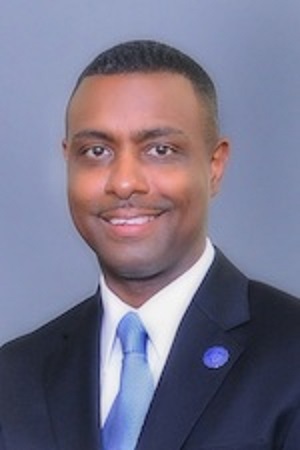 Support can come in various forms.  The obvious one is fundraising.  Smith-Barrow wrote in her article that alumni giving at HBCUs is low.  She cited a 2017 U.S. News and World Report article that indicated only 11 percent of HBCU alumni donated to their alma maters.  This shows tremendous opportunity for growth.  Only 4 percent of Dillard University’s alumni made contributions in 2013.  After aggressive engagement and telling the Dillard story, the rate went to 23 percent in 2018 and 2019.  This demonstrates the capacity that all HBCUS have to increase alumni giving.  While 23 percent is a competitive rate nationally, what if that number were 80 percent for all HBCUs? That would significantly increase the outlook for them.

This is not to diminish the importance of the funding received from outside entities, such as the federal government and foundations.  Those resources have been the life blood for most HBCUs since their founding.  I am suggesting that we expand the stream of funding to those closest to the institutions.

Another form of support is enrollment.  When predominantly White institutions (PWIs) started accepting Black and Brown students, the narrative of HBCUs began to change. They went from being great places for African- American students to HBCUs aren’t what they used to be.  Certainly, PWIs are a great fit for many students.  My son attends one.  But I also have a daughter who is thriving at a HBCU and has had stellar educational and career opportunities afforded her.  The key is to determine what is right for each student.  For many, HBCUs are exactly it.   The academic offerings, culture, and environment of HBCUs strike just the right balance for thousands of students.  These institutions provide the high-quality education that they always have.

The aforementioned article points out that lower graduation rates have become a deterrent to attending HBCUs.  Put in proper context, it shouldn’t be.  HBCUs accept students that many PWIs will not.  Many come from economic backgrounds that statistics say make it harder for them to be accepted into and successfully complete college.  President Kimbrough once used the analogy of diving to explain what HBCUs accomplish.  In diving, scores are based on degrees of difficulty.  More difficult dives have a better chance of scoring higher.  Higher education doesn’t work that way.  Institutions that only accept academically stronger students have a lower degree of difficulty, but are scored on the same level as those that accept students on the margin.  Many of those students persist to a college degree.  When you consider how HBCUs are performing academically, they should be hailed and not assailed.  All of this is to say that we should strongly consider HBCUs for our young students and not let out of context data deter us.

I appreciate Smith-Barrow’s article.  It should make everyone with a connection to HBCUs think about how they are engaging and supporting them.  The outlook does not have to be bleak if those closest to the institutions own their success.  Self-sufficiency is the key to self-sustainability.