Whitewashing Impeachment and 2020: Don’t Forget Who Got Us Here - Higher Education

Whitewashing Impeachment and 2020: Don’t Forget Who Got Us Here

Like the majority of Americans facing the new impeachment inquiry landscape, I am both jubilant and alarmed. What will happen now? Impeachment of a sitting president is a dead-serious business, with no predictable outcome. But I am also concerned that in our nostalgia for Watergate, in our laser-focus on government whistleblowers and international politics, we politically obsessed observers are forgetting the key actors who have been openly agitating and protesting against this White House all along.

Arwa Mahdawi in The Guardian labelled this phenomenon the “whitewashing” of the impeachment push.

We’re already ignoring the antiracists, feminists, LBGTQ activists, anti-xenophobes, environmentalists, and those fighting for economic democracy, union rights and gun regulation — the progressive and often marginalized populations who do so much of the scut work of organizing and demonstrating against the just plain illegal and offensive acts of this Administration. They [we] set the stage for the Congressional actions we are now finally seeing.

I’ve had a front-row seat to one of those often-ignored populations and their activism in response to Trump’s Electoral College win.

For the last two decades, I have studied the politics and humor of “The Tom Joyner Morning Show,” (TJMS) the wildly popular, quarter-century old syndicated weekday drive-time radio show for adult working-class African-Americans. 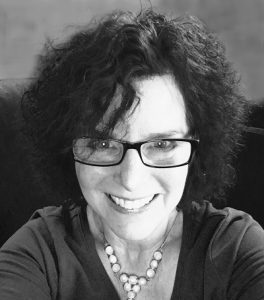 The TJMS anchors, guests and their committed, witty audience of 8+ million have for decades espoused a syncretic progressive politics of civil rights for all, women’s equality, LBGTQ rights, economic populism and union rights, supporting refugees, and fighting war and climate change. The show, working with the NAACP and the Teamsters, played a crucial and unrecognized role in President Obama’s two electoral triumphs. In 2017, they went all out for Doug Jones’ triumphant run against Roy Moore in the Alabama Senate race. And yet TJMS and its giant audience have been all but invisible to the American mainstream.

Like our best late-night hosts, TJMS political commentaries are most often wrapped in biting humor. This show’s crew, however, are even angrier, funnier and nastier about Trump&Co than their mainstream television comperes.

Comic Huggy Lowdown, best known as a langorous nightclub habitué, coined dozens of brilliant epithets for #45 — Trumplethinskin, the Orange Dude Is All Kinds of Rude, Billionaire Bigot Bozo, Toupee Fiasco. Later, in outrage over yet another racist Trump move, Huggy asserted that he was “workin on the bigot bucket list.” Comic Chris Paul has been equally furious and funny, “murdering hits” — singing new lyrics to popular songs — to indict, for example, Trump’s support of the neo-Nazis who marched in Charlottesville in 2017: “They’re out in the open, in hush puppy shoes, drinking lattes and watching Fox News!”

The show was active electorally going back to Al Gore’s campaign in 2000. They pushed voter registration and access to the polls. With each subsequent presidential and midterm election, they ramped up their labor, so that by 2007, with the first Obama campaign, they worked feverishly in alliance with The Teamsters and the NAACP to register 100,000 black voters and then safeguard their access to the polls. Then they did it again for 2012, with huge crew and audience involvement.

President Barack Obama and First Lady Michelle Obama recognized the key importance of their work and rewarded the show with multiple on-air visits. Furthermore, in 2016, they warned Hillary Clinton in person about the dire necessity of putting campaign funds into ads and get-out- the-vote efforts in black districts — advice that she openly acknowledged, in her post-election visit to the show, would have made the difference for her in key swing states.

With this extraordinary record, why is the TJMS so little known in mainstream America? Not because it is a variety/political show with lots of comic “bits” and soul music. What else is the celebrated, Emmy-winning “Daily Show,” minus the good music? As media scholars Robert Entman and Andrew Rojecki point out, their visibility is limited by our “saints or sinners syndrome.”

U.S. media tend to focus on only celebrity/wealthy or impoverished/criminal black Americans, “invisibilizing” the broad adult working/middle-class that is the bulk of the African-American population. And those invisible Americans are the TJMS audience, and the most loyal Democratic base.

But we won’t be able to listen to the TJMS much longer. Just as online marketing has shrunk hard-copy news publishing, so streaming is killing music radio, and the show will end this December. Fans are despondent, and frequent commentator Al Sharpton simply refuses to accept it: “You can’t drop the mic and ruin the country! You hear me, Joyner?”

But the progressive black counterpublic that the TJMS harnessed and grew will not go away when the show ends. Indeed, co-host Sybil Wilkes will move to running news content on all of the parent corporation’s [Reach Media] platforms.

Just as the show organically connected multiple political struggles, we all need to solidify our connections across progressive communities as we buckle up for the necessary activism in the impeachment season and the elections to come.

Dr. Micaela di Leonardo is a professor of anthropology at Northwestern University and author of “Black Radio/Black Resistance: The Life and Times of the Tom Joyner Morning Show” (Oxford University Press, 2019).