Hampshire College recently kicked off its five-year “Change in the Making” campaign to raise $60 million by 2024, as part of its upcoming 50th anniversary in 2020. So far, Hampshire has raised $11.2 million in gifts and seeks to secure an additional $3 million by the end of 2019. 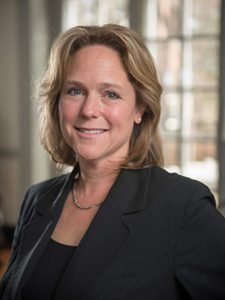 “Our goal is to foster a genuine culture of philanthropy to secure a long future for Hampshire,” said the school’s chief advancement officer Jennifer Chrisler, who is administering the campaign.

Having maintained its accreditation last month, Hampshire is in the midst of reinventing its academic programs to recruit more students (it plans to raise current enrollment of 732 to 1,100 by 2023-24), be more sustainable financially, and to “transform higher education following the college’s mission.”

Departing from traditional colleges, the school’s mission is built on “rejecting passive lectures and exams, restrictive departments and prescribed majors.” As a result, the school says the new academic model to be implanted for Fall 2020 focuses on giving students more freedom to design their own tailored, multidisciplinary programs.

The last significant fundraising campaign at Hampshire raised $46.9 million, between 2014-18. On average the school receives $7.9 million in gifts each year.