New York University’s engineering school and the Indian Institute of Technology, Kanpur are embarking on an international partnership, offering a new dual doctoral degree program in computer and electrical engineering.

The two universities recently signed a five-year agreement which will allow doctoral students in computer or electrical engineering to enroll in either school, completing their last two years at the other. Program participants will graduate with degrees from both universities. 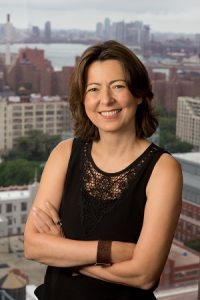 To be eligible, students need to pass entrance exams at both institutions, and advisers from both need to approve and supervise their doctoral dissertation work. All course credits will also transfer between the two schools.

But Dr. Abhay Karandikar, director of the Institute of Technology, Kanpur, looks forward to entering into a “more intense” partnership. He described the agreement as a “win-win situation,” where the universities can not only exchange best practices but their top students. Plus, students from the two schools will have “mutual access to expertise that exists in both universities.”

“We believe this will enhance our program and take it to the next level,” he said.

The joint program was spearheaded by faculty at both institutions, with their administrators as enthusiastic “enablers,” said Dr. Jelena Kovačević, dean of the New York University engineering school.

“Most of these partnerships happen through individual faculty connections,” Kovačević noted. “It’s never top down. It’s usually two people sitting together and saying, ‘Hey, why don’t we get our two schools to cooperate on a larger scale.’”

For both universities, this isn’t their first foray into international partnerships. The Tandon School of Engineering works with New York University’s two campuses abroad in Abu Dhabi and Shanghai. It’s also currently developing an undergraduate honors program with an international component. Meanwhile, the Institute of Technology, Kanpur created another dual degree program with National Chiao Tung University in Taiwan in the last year. 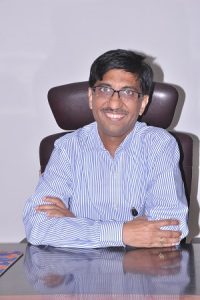 Administrators believe international diversity will enhance both institutions – and the fields of electrical engineering and computer science more broadly.

That’s “really crucial” in a field like engineering, which requires “out of the box” thinking, she added.

For example, he noted that his institution is particularly focused on 5G wireless technology, because in India, it’s a field that’s important to efforts to make the country more digitally connected. For Karandikar, scientists from different countries bring different problems – and solutions – to light and contribute to a more “globally connected society.”

The partnership reflects a growing awareness among higher education leaders that today’s scientists and engineers live in a globalized world.

When she was in graduate school, if she wanted to reach out to scientists abroad, she had to send letters, “postmarked and stamped.” But with the internet, those connections are “instantaneous.”

“Nothing today happens in silos,” she said. Scientists are increasingly collaborating across disciplines and around the world.

She added that that’s in part because scientists and engineers are realizing that the problems they’re trying to solve are global problems, like climate change or water and food shortages. Technology is “part of the solution” to issues that affect people all over the world, so the people who build and study technology need to be collaborating.

“The challenges we’re facing, we’re facing as the world,” she said. “One cannot say we live in a local isolated environment and what happens at the other end of the world does not impact us. It’s not true anymore. By the nature of the problem, people have to get together, have to be able to communicate and collaborate, have to be able to work on a team.”

She hopes the partnership will send that message to future academics in the sciences.

On the Technology Job Market