Some College Students Facing Homelessness, Hunger Around the Holidays

This month, home for the holidays will be a much-anticipated destination for many college students as they wrap up finals, look forward to family celebrations and their long winter break.

But as the semester grinds to a close and the holiday break nears, for some students, their only concern is finding a place to stay and making sure that they have food to eat. 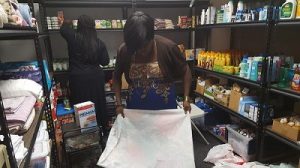 December 13 is the last day of the fall semester at Savannah State University (SSU), but Jacqueline Awe and her staff are still fielding last-minute calls from students who tell her they will need housing and food when the Georgia campus shutters for the holiday break. They are among the more than 30 homeless students and former foster youth served by the university’s Students That Are Rising or S.T.A.R. Program. So far, says Awe, who helped launch the program, housing requests have come from about 10 S.T.A.R. students. They will be allowed to stay in their dorm rooms, and at no cost — opportunities that few colleges and universities in the U.S. offer their students when campuses close during long breaks.

And because campus cafeterias will also be closed, Awe has already lined up support from some regular S.T.A.R. donors, Overcoming by Faith Ministries and the First African Baptist Church in Savannah, to make sure that her students have at least one hot meal a day and supplemental food until classes begin again in January. “This kind of support for our students is invaluable,” says Awe, whose office also operates a bustling food pantry and clothes closet for students who need assistance.

That food pantry began as a cardboard box or two in her office filled with peanut butter, crackers, and other snacks and toiletries. It wasn’t long before the word spread among students who were hungry and homeless — those who may be at the greatest risk of not graduating. After a while, their numbers grew too large for Awe and a colleague to keep up with the foot traffic and the personal expense of the supplies. What was needed was a university-wide response to meet the basic needs of SSU students who had aged out of the foster care system or who were otherwise homeless, she says. It began with S.T.A.R. in 2011.

While there are no national statistics available on the number of students who need housing over college breaks, researchers from Temple University’s Hope Center for College, Community and Justice surveyed 86,000 students from over 100 institutions, primarily at public universities and community colleges, and 17 percent said they had been homeless within the past year while 45 percent said they had been food insecure in the past 30 days.

At Fort Valley State University (FVSU) in Georgia, the number of students who have identified as housing and food insecure has mushroomed from about four at the start of the fall semester to about 24 as the semester ends, says Jacqueline Caskey-James, director of Student Health and Counseling.

Providing student support over the holiday break is a part of her effort. She has been working to find host families for some of those students and encouraging them to empty the shelves of the campus food pantry known as the Vault. Adjacent to her office in the campus infirmary, the Vault, which she opened about eight years ago, also houses clothes, toiletries, school supplies and more that students can use, says Caskey-James. She attributes the spike in students who are homeless — some living in their cars and under bridges near campus — to Middle Georgia’s grim economy. As a result, families have become unstable.

“Parents have fallen on hard times. Many have lost jobs and their homes as factories have shut down. But the students are still struggling to stay in school and to survive. Some of them have great GPAs, but just no food to eat or a place to stay,” says Caskey-James.

According to findings from The Hope Center, one out of every 10 African-American college students experiences homelessness, and almost half worry their food will run out before they can buy more. While what’s happening at SSU and FVSU, two Historically Black Universities, is gripping, it’s not unique, nor is the need among students. Nationally, about 58,000 students report on federal financial aid forms that they are homeless — a number that experts say reflects only those who reveal their status. There are likely more. 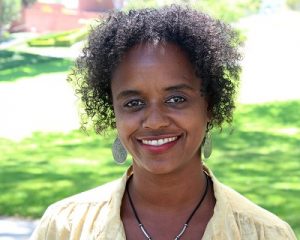 What educators do know about are the negative impacts of hunger, housing insecurity and homelessness on the academic achievement of students in the K-12 system. While this student population has been studied and recognized over the years, researchers are only now beginning to quantify the impact on college students, says Dr. Rashida Crutchfield, co-author of Addressing Homelessness and Housing Insecurity in Higher Education.

“I like to say that higher education discovered homelessness like Columbus discovered America. It existed, people were fully experiencing it, but somehow we are just beginning to recognize that we have to address the basic needs of our college students,” says Crutchfield, an assistant professor of social work at California State University (CSU), Long Beach. The book’s research study of hunger and housing in the CSU system over three years found a direct link between hunger and homelessness and physical and mental health problems, lower grades and poor attendance.

“If our goal is to ensure student success, so that they can graduate from our institutions, then we have to address their basic needs,” adds Crutchfield. While there are no easy solutions, the work begins, Crutchfield says, with “a system change that has to happen at both the top and bottom of the hierarchy,” and includes campus programs and national and local advocacy.