Many policies and procedures that are in place at both two-year and four-year institutions don’t take into account the demographics of contemporary students. In the report titled “Expanding Pathways to College Enrollment and Degree Attainment, Policies and Reforms for a Diverse Population,” Ithaka S+R provides suggestions on how states can examine their higher education landscape and be more effective in meeting students’ needs.

“Systems that may work well for [traditional] students won’t necessarily work well for a working adult who’s taking classes in the evenings or someone who is returning to school after years or may have family obligations outside of their coursework,” said Dr. James Dean Ward, one of the authors of the report. “In this brief, we try to highlight some of the ways in which state policy makers can step forward and facilitate both getting into and then through degree programs for these students who may have a different trajectory.”

A persistent issue is transferring credits from one institution to another. The report notes that community college students who are able to transfer at least 90% of their credits to a four-year institution are 2.5 times more likely to graduate when compared to students who had less than half of their credits transfer. Despite that statistic, 43% of all transfer credits are not counted. 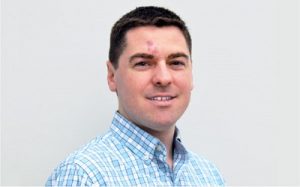 Ward also noted that many schools have autonomy in deciding which credits transfer. This autonomy may lead to mismatches between institutions, which can mean that some credits don’t transfer.

“What we suggest in this brief is that there are ways that state policy can step in and help improve the ways things are mapped,” said Ward. “If we’re thinking about larger systems of higher education—especially public systems—we should think about ways we are designing these systems so students can move through them effectively. That includes improving transfer rates and improving the ways in which credits move across institutions and will continue to count toward degree programs and general requirements.”

The report suggests simplifying transferring within a state, most notably at public institutions. Common course numbering (CCN) has shown to be effective because it helps students plan a course of study. As of 2018, 17 states had a version of CCN. However, Ward said, if the system wasn’t designed using CCN it can be a heavy administrative lift to transition to it.

“What’s going to work for a given state is going to be context-specific, but there are underlying principles,” said Ward. “One of those is making sure that students and counselors have a clear understanding of the way in which the courses are set up to fulfill requirements. This way, they can start making a plan of action from day one.”

An example cited is California ASSIST (Articulation System Stimulating Interinstitutional Student Transfer), which contains all of the articulation agreements within the massive California system. Ward also noted that Illinois is doing a great job with the Illinois Articulation Initiative (IAI), which helps students choose courses that will not only transfer, but fulfill requirements.

The policy brief also addresses reforming remediation. Preparatory coursework, for which students pay but typically don’t receive credits, has consistently been a stumbling block for community college completion. California, Texas, Florida and Connecticut have passed legislation to reduce the number of students assigned to remedial courses. North Carolina has tried to lower the number of remedial courses by utilizing more information than just placement exams to determine a student’s placement.

Some public institutions are introducing co-requisite courses, which are college-level courses with additional supports. Ward said he does not know how many states are examining this because some may be phasing it in or implementing it at individual institutions.

“A lot of the research out there on co-requisite remediation does indicate that it is helpful, especially in the short-term,” said Ward. “We also have evidence that it is helping students finish their degrees and do so at a faster pace; however, additional research is probably necessary to really identify the long-term effects.”

Lastly, the report examines alternative credentials and pathways, such as centralized admission, degree reclamation, prior learning assessment and online education, which grew by 11% in undergraduate participation between 2012–17.

The report concludes with a call to action for states.

“State leaders and policy makers understand that they have to have better outcomes if they want to make sure they have a well-functioning economy and society in their states,” Ward said. “I think we will see a growth in pathways because these programs have been successful thus far.

“State policy makers can use this report as a way to both have a better understanding of the full landscape of the types of policies that are being used as well as providing examples of when and where these policies are being successful and how they’re being implemented,” he added. “It’s up to policy makers to decide which ones make the most sense for their specific states.”