He previously served as managing director for external engagement and strategic partnerships at the National Collegiate Athletic Association (NCAA).

Peal earned his bachelor’s degree in print and broadcast journalism from Ohio Wesleyan University and his master’s degree from Ohio University. 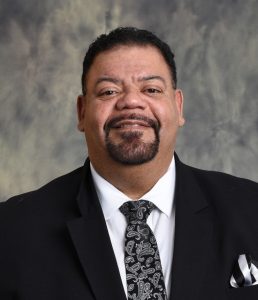 “We are so pleased to welcome Darryl as our inaugural Chief Diversity, Equity and Inclusion Officer,” said Dr. Ashish Vaidya, NKU’s president,  in a statement. “The depth and breadth of his experience complement the core pillars of our Success by Design Strategic Framework — access, completion and career and community engagement.”

The chief diversity officer position was established last year as part of the university’s initiative to promote inclusivity on campus, according to a press release.

For 11 years, Peal worked at colleges and universities across Ohio where he was a dean of students, director of minority student affairs, and an assistant dean of students/coordinator of ethnic diversity.

Peal also worked as executive director of the University of Minnesota’s Office for Business Community and Economic Development and the Technology Empowerment Center. He helped build community partnerships between the university and non-profit sectors.

“I was very impressed with NKU and its commitment to developing a C-suite position that focuses on diversity, equity and inclusion,” said Peal in a statement. “I’m excited to take on the Chief Diversity Officer position and looking forward to enhancing the welcoming feeling of the campus.”