WASHINGTON  –  To better support Black students in K-12 institutions, school teachers must learn from the pedagogies of Historically Black colleges and universities (HBCUs) and provide young students with proactive, hands-on mentorship starting as early as kindergarten, said educators at a daylong summit here on Tuesday.

Like at HBCUs, K-12 instructors should also actively cultivate pride in African-American heritage and instill a can-do attitude in students even as they stress high standards in academics, they said.

“[Black students] have been discarded for so long,” that they absorb negative stereotypes in their K-12 years, said Dr. Hakim Lucas, president of Virginia Union University. He spoke about the role HBCUs can play in K-12 learning at the event hosted by the United Negro College Fund (UNCF).

He said HBCUs then rebuild these school students’ “belief in themselves in the context of an environment that gives them a sense of responsibility for the future of our people.”

Imagine the gains if mentorship and building pride could be started a lot earlier, said Lucas and other speakers at the summit that was held in conjunction with the release of a new report titled, “Imparting Wisdom: HBCU Lessons for K-12 Education.”

Mentorship at an early age could instill belief in young school students of color, so they aren’t relegated to the back of the class.

Through the summit, speakers explored what K-12 schools can learn from the HBCU model and what partnerships between the two sectors could look like. 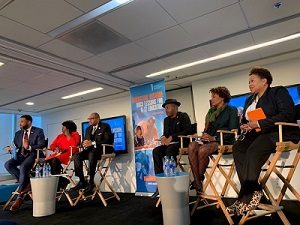 For one, speakers echoed a key recommendation in the report which says K-12 schools should adopt HBCUs’ practice of “intrusive advising,” the goal of which is to not just offer students guidance when they ask for it but to provide proactive mentorship even when they don’t.

“Intrusive advising is what you do when you understand someone has the potential to be something greater than what they’re reflecting in their current context,” said Lucas. “And without their permission, you involve yourself in their life until they become the very thing you believe they can be.”

HBCU faculty and staff become like “our mom, our dad, our uncle our auntie” by actively checking in on students’ progress, is how Marquise McGriff, founder and executive director of the HBCU advocacy organization Club 1964, Inc., described the process.

In lock-step with mentorship, K-12 institutions should incorporate African American history and culture into curricula to bolster students’ pride in their Black identities much in the manner that HBCUs do.

HBCUs create “this ecosystem that leverages African American culture to spur students on to a high level of performance,” which impacts their families and communities, said Dr. Brian Bridges, UNCF’s vice president of research.

To illustrate the point, one speaker described how her time at Spelman College shaped and motivated her, particularly a class called ‘African Diaspora and the World.’

“I came to understand my identity not only as a Black person but as a Black woman,” recalled Amanda Aiken, principal consultant at the education consulting firm A. Leigh Solutions.

Like at HBCUs, K-12 teachers and administrators also need to hold students of color to high standards, panelists noted. That combined with mentorship can work wonders.

Dr. Lewis Ferebee, chancellor of District of Columbia Public Schools called it the “iron fist in the velvet glove” approach.

Ferebee recalled how his English professor at North Carolina Central University  gave him his first failing grade and how that inspired him to work harder. The school’s combination of high standards and mentorship helped him to succeed, he said.

Speakers emphasized that HBCUs shouldn’t just be models for K-12 schools, they should be actively engaged with each other through collaborative programming.

Ferebee said he wanted to see education professionals ask themselves, “How do we create a continuous pipeline where we blur the lines between K-12 and higher education in such a way that there’s a high bar for all of our students, particularly our students of color? And more importantly, how do we infuse this bar into our historically Black high schools that are not where they should be?”

Speakers at the summit cited examples of such collaborations.

In a more direct collaboration, Howard University Middle School and The Middle College at Bennett are middle and high school programs run on HBCU campuses.

Black students and their parents sometimes think of college “like it’s something they can never touch,” said Dr. Kathryn Procope, head of Howard University Middle School.

“Start the exposure early. If you wait until high school, it’s almost too late,” she said.