Dr. Archie C. Taylor is investigating the genetic components of several diseases. His goal is to identify factors that can change diagnoses and treatment or potentially eradicate diseases that disproportionately impact communities of color.

The middle of 13 children from the rural Mississippi Delta, no one in Taylor’s family had graduated from high school. At age 16, he was on the verge of following that same path when a science teacher, Elizabeth Burrell, challenged him — attend in-school suspension or the science club. 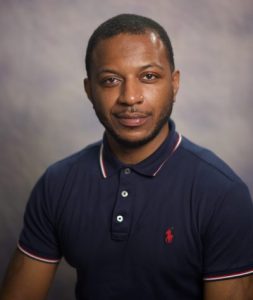 “I ended up doing a science fair project and won at the school level, the district level and the state level, until I had the opportunity to go to the 55th Intel International Science and Engineering Fair in Portland, Oregon,” says Taylor, whose project was titled “A Study of the Tumor-Suppressing Effects of Phytosterols on Agrobacterium Tumefaciens.” His team placed third in the world.

“I discovered right then that I love science. That one experience shaped me,” says Taylor, who won a return trip to the fair the following year.

Shortly before high school graduation, Taylor received notification from the Bill & Melinda Gates Foundation informing him he was the recipient of a scholarship that would fund him until the completion of graduate school.

At Alcorn State University, his love of science was fostered as he earned his bachelor’s and master’s degrees in biological sciences. He then earned a Ph.D. in molecular sciences at Pennsylvania State University.

Now, back at Acorn State as a faculty member, Taylor is intent on providing mentoring similar to what he received. He is also the director and founder of the HeLa Center for Genomic and Social Research, where he works to increase underrepresented populations in GWAS (Genome-Wide Association Studies).

“I would like for the HeLa Center to be of help to diseases that are underfunded and under-researched so we can get better treatment options for…any type of disorder that we see in underrepresented populations,” says Taylor.

In his doctoral studies, he was often the only person of color “not just in the classroom, but in the building.” That fuels Taylor’s drive to create more opportunities in STEM (science, technology, engineering and mathematics) fields.

“One thing that I’ve implemented in my classes is that I require my students to apply for summer internships … because it gives them exposure so that when they graduate it won’t be such a culture shock for them as it was for me moving from Mississippi to Pennsylvania,” says Taylor.

In addition, Taylor works with middle school and high school students, exposing them to research in his lab. He’s also set up partnerships with NASA, so they can see other areas of science besides biology.

“I can think of no greater field where you need diversity than science because it’s such an important field with the maturation of our civilization and the progression of our future,” Taylor says. “Having diversity, not just in skin color, but different mindsets and different thought processes will be critical to those unique populations from which they come.”

Dr. Voletta P. Williams, professor and chair of the department of biological sciences at Alcorn State, says, “Archie truly exemplifies vision, scholarship, dedication, diligence, leadership and good character … Archie Taylor exhibits true leadership skills because he has the ability to follow and the capacity to use those skills to lead others.”

Following in Taylor’s footsteps, his younger siblings have all pursued higher education, studying either biology or health science. He was recently awarded a patent and trademark by the U.S. Patent and Trademark Office for the HeLa Center for Genomic and Social Research, which he wants to use as a launchpad for people underrepresented in science who may not have resources.

“We can use advances in genetics to be able to level the playing field when it comes to treating diseases…like prostate cancer, colon cancer, diabetes and other metabolic diseases in communities of color where marginalized people typically have reduced healthcare,” Taylor says.

Words of wisdom/advice for new faculty members: “Be yourself.”

The STEM Issue Branches Out to the Funny Pages