A new report indicates that Black students do not have access to advanced courses. For some readers, this is new news, as in unfamiliar. For others, like myself, my contemporaries, and those whose shoulders I, figuratively, stand on and lean on, this is very old and frustrating news—the kind that makes me grind my teeth to the point of getting a migraine. Upon viewing the title, my reaction is often ‘Here we go again’.

Before sharing my thoughts, I need to set a few things straight with a poignant brief story and pay homage to two of my heroes. Several years ago, a colleague and I finally met with a Hispanic superintendent of an urban school district of mainly Black students (approximately 60%). Our purpose was to encourage him to be equity-minded and unapologetically bold about desegregating gifted education, particularly given how severely underrepresented Black students were (and still are) in the district years later. We came armed with recommendations and resources tailored to the district. Surely, as a person of color, this leader would want to correct access problems with Black students under his tutelage. #wrong.

We sat stunned and outraged as he stated, “I could get away with some things and keep my job. But I would lose it if I allowed more Black students in gifted education.”

Little has changed in that district, in spite of efforts from some who have tried. That is the short tale of one district; multiply this by thousands.

I have followed the Office for Civil Rights Data, Civil Rights Data Collection (OCR CRDC) since 2000 and reported national, state, and district, and building patterns more than I can recall, with the most recent state-by-state analysis being in 2018 (Ford, D.Y., Wright, B.L., Sewell, C., Whiting, G.W., & Moore III, J.L. (2018). “The Nouveau Talented Tenth: Envisioning W. E. B. Dubois in the context of contemporary gifted and talented education,” published in the Journal of Negro Education, 87(3), 294-310). Every wave of OCR CRDC data show that Black students are always the most under-represented students in gifted and advanced courses. The average is approximately 40-60%, depending on the year. The percentages equate to over 250,000 not having seats in gifted education each year. 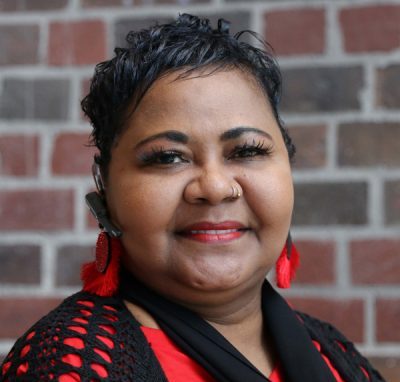 Why does this matter? The answer is simple: students who go under-challenged can become underachievers and exhibit behavioral problems due to boredom and disengagement. Denied access to gifted education also contributes to the Black-White achievement gap crisis. Underachievers and low achievers are less competitive than high achievers, They have a lower probability of getting into advanced high school courses and academies, eventually, elite colleges and universities and STEM majors. In a nutshell, their career goals and potential are compromised due to denied access to gifted education initially and advanced courses in middle and high school. Consider this in connection to the college scandal.

Now to a few reality checks.

Reality: The status quo is so powerful that even the most powerful leaders often refuse to take them on for fear of losing their jobs.

Reality: Black students have always been underrepresented in gifted education and other courses for advanced learners in high school, such as International Baccalaureate (IB) and Advanced Placement (AP).

Reality: Black students are less likely to have access to gifted education and related courses compared to White students.

Reality: Regardless of the racial demographics of the district, Black students will most likely be underrepresented in gifted education and related courses in high school.

Reality: The major barrier to Black students accessing gifted education placement and related courses is race-based deficit thinking, both implicit and explicit, by the majority White female educators who refuse to see their gifts, talents, and potential. Thus, referrals for screening, services, and placement are abysmal.

Reality: When Black students are ‘lucky’ enough to have educators refer them, once placed, they still face low and negative expectations. This contributes to their wish to return to general education.

Reality: Black families are often unaware that their children are gifted and being denied access to gifted education and advanced courses. Get informed and involved.

Reality: Black communities tend to not know about gifted education and/or associated inequities and, thus, seldom hold district educators and leaders accountable. Get informed and involved.

Reality: It is unethical to allow gifted Black students to squander in schools and have their dreams and future denied. But it happens every day and year.

I cannot end this piece without paying homage to Drs. Alexinia Baldwin and Mary Frasier, both deceased. They are the co-founders of multicultural gifted education. In their own style, both exposed the myriad of injustices in gifted education during the 1980s until their passing. I and others took up the baton in this race for equity in honor of their legacy regarding what is racially and ethnically just and moral. I urge leaders of color to not allow themselves to be pawns, puppets, and engage in window dressing – those with titles but no power; or with power but afraid to exercise it. There is no place for racial discrimination in schools. #period

There is nothing new about Black students being denied access to gifted education in 2020 or any year. It is so very reminiscent of the battles fought with Brown v. Board of Education of Topeka. Schools can be legally desegregated, but those in gifted education who are blinded by racism have found loopholes to ensure that Black students rarely get a seat at the gifted White table.

Faculty of Color Confront Extra Obstacles on the Road to Tenure

Being a Good Ally