Report Examines Benefits of Higher Education for the Incarcerated

As much as 69% of incarcerated people want to enroll in postsecondary education. Over 600,000 people return to the community from incarceration each year.

This could well be one of the main reasons that more than 40% of people returning to the community from incarceration are rearrested within their first year of release. Worse, the unemployment rate among formerly incarcerated people is more than 27%, a figure higher than the U.S. unemployment rate during the Great Depression, said the study by the Justice Center, titled “Laying the Groundwork: How States Can Improve Access to Continued Education for People in The Criminal Justice System.”

“It is really shocking that only 10 states allow all (incarcerated or once-incarcerated) people to access postsecondary education,” said Leah Bacon, policy analyst at The Justice Center, who is also one of four co-authors of the Justice Center study.

Whether states do it willfully or by limiting access through old, outdated restrictions, the survey’s findings do indeed come as a shock in this, the 21st century. 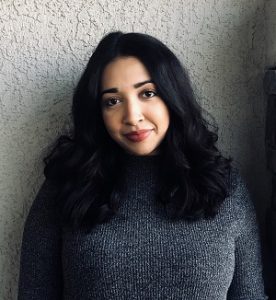 “It was a surprise to us to see how many barriers there are in policy and practice (in providing postsecondary education to the incarcerated), especially because it has been shown that participation in education has reduced recidivism,” said Le’Ann Duran, one of the authors of the report, and deputy director, economic mobility, at the Justice Center.

That’s perhaps why the federal government and state and local governments are now realizing that easing access to post-secondary education for the incarcerated and formerly incarcerated is beneficial for society, for public safety, for the economy and, of course, for those who’ve been in or are currently in the prison system.

Consider this: The Justice Center’s report cites a meta-analysis of more than four dozen research studies which shows that providing incarcerated people with any form of education reduces recidivism and increases their chances of employment.

The benefit to the economy? Huge.

“…multiple studies have concluded that increased investments in postsecondary programming and services for people in prison would result in hundreds of millions of dollars in cost savings per year through reduced recidivism and increased workforce productivity,” said the report.

It’s a mystery then why states have, to varying degrees, hampered their own efforts to provide education to this significant population.

“Forty-three (states) have publicly stated postsecondary attainment goals, but few are close to meeting them,” said the Lumina Foundation, which supported the Justice Center study. “And all the states have created significant barriers to ensuring that the more than 2 million people currently incarcerated, more than 4 million on probation or parole, and the millions more with criminal backgrounds have access to high-quality postsecondary education,” said the foundation in a statement.

For every $1 spent on prison education, states saved $4-5 in incarceration costs alone, excluding taxes, reductions in benefits use and civic contributions, said Lumina.

“Supporting postsecondary access for incarcerated and re-entering people isn’t just the right thing to do; it’s the smart thing to do.”

More investment in education for the incarcerated would also help fill the upcoming and wide skills gap in the country. Employers in technology and healthcare have for years now talked about the significant challenges they face in finding labor skilled enough to meet their needs. And this skills gap is only likely to grow. The Justice Center report said that over the next decade, there will be about five million job openings that require specific occupational licensures and/or at least a bachelor’s degree.

“The provision of high-quality postsecondary education for incarcerated individuals offers states a key opportunity to not only adopt a research-based recidivism-reduction strategy, but to tap into the underutilized potential of this population to fulfill local labor market needs,” the report said.

States, therefore, have a chance to get ahead of the curve and set up a range of postsecondary offerings that can boost the credentials of incarcerated individuals of varying skill levels and that are explicitly designed with local labor market and employers’ needs in mind. States also need to consider removing restrictions that limit education access to incarcerated people. Currently, more than three-quarters of states impose such statutory and/or administrative restrictions that limit access.

“This should also be on the minds of employers, to grow economic development and opportunities,” said Bacon, adding that states do need to take the lead.

The report recommends three crucial ways by which states can encourage incarcerated individuals to enroll in postsecondary education programming and complete their course of study.

States must provide incentives in correction facilities, for one. Then, they should establish parole conditions that take into account incarcerated individuals’ postsecondary participation and progress. And relationally, states must ensure that that parole and correctional agencies provide information, services, and supports in the community, said Duran. 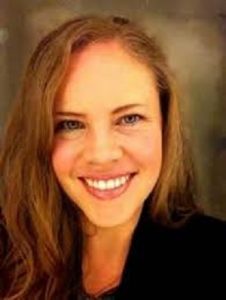 The report found that when it comes to incentives, 40 states offer at least one incentive to promote postsecondary education participation for individuals while incarcerated, but a majority of states are not taking advantage of the full array of potential low-cost methods for increasing the number of people committed to improving their workforce skills and employability.

In terms of services and supports from the community, like partnerships with universities, community colleges, trade schools, community-based organizations and nonprofit service providers, the picture is even grimmer. Less than half of parole-granting agencies have partnerships with any one of these entities. And 13 states reported not having any partnerships that would foster improved connections to education and employment opportunities for incarcerated people returning to the community.

How many states offer all three supports to incarcerated individuals? Only a quarter of them.

Meanwhile, the federal government has taken note of a plethora of research that shows the benefit of postsecondary education for those incarcerated and those who have rejoined the community.  It has allocated $100 million via three funding streams to support state efforts. Yet, currently, five states are not using any of the federal funding streams and only three states are leveraging all three funding sources

What are these three sources?

One is the Carl D. Perkins Career and Technical Education Act. Since 2006, Perkins IV funds allow up to 1% of a state’s total grant funds to be used for career and technical education that enables incarcerated people to acquire skill proficiency, an industry-recognized credential, a certificate or an associate degree.

Another is the Second Chance Pell Pilot Program. In 2015, the Pell pilot program was established to expand access to Pell Grants to people who are incarcerated by giving eligible colleges and universities the necessary funds to deliver educational programming in correctional facilities. These colleges and universities must apply to the initiative and, upon acceptance, will be allocated federal Pell Grant funding to provide postsecondary programming in federal and state correctional facilities.

The third funding stream is the Workforce Innovation and Opportunity Act (WIOA). Since 2015, WIOA Title II funds allow states to use up to 20% of their workforce development funding on correctional education for both adults and juvenile populations. WIOA requires states to annually report the number of individuals served by the funds to the U.S. Department of Education.

Both the Senate and the House are looking at a proposed bill aimed at increasing education opportunities for those behind bars. The Restoring Education and Learning Act, known as the REAL Act, would reverse a more than two-decade ban on inmates using Pell grants, reported NPR. That ban was imposed in 1994, but needs to go, say advocates in support of the act.

“When we give people in prison an opportunity to earn an education, our communities are safer, taxpayers save money, and we can end the cycle of recidivism,” said Sen. Brian Schatz (D-Hawaii), a sponsor of the bill, in a statement last April. The bill, he said, would “give people a real chance to rebuild their lives,” Schatz said.

The authors of the Justice Center Report believe passage of the bill can only be a good way forward.

“We are seeing states taking advantage of second chance Pell, and the REAL Act would (only) increase and stabilize this funding,” said Bacon.