The Success of the McNair Scholars Program - Higher Education

The Success of the McNair Scholars Program

If colleges and universities really want to diversify the professoriate, one immediate step they can take is to support and invest in the Ronald E. McNair Post-Baccalaureate Achievement Program.

Named after the pioneering African-American astronaut who was killed when the space shuttle Challenger exploded in 1986, the McNair Scholars program has been one of higher education’s most important success stories. There is little question that the program has helped to move the needle in preparing students from underrepresented backgrounds—including first-generation, low-income and racial and ethnic minorities—obtain a Ph.D.

Part of the federal TRIO programs—a group of educational opportunity programs created and governed by the Higher Education Act of 1965—the McNair Scholars program is needed now more than ever, particularly when we consider the declining and worrisome number of underrepresented students going on to earn a doctoral degree. 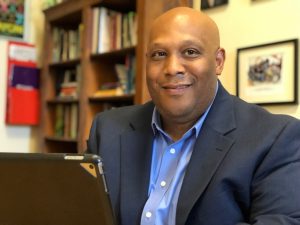 A few weeks ago, more than 150 people, representing 89 different McNair programs from across the country convened at the University of Central Florida (UCF) to share best practices, network and strategize on how best to shape the future direction of McNair.

The McNair Promising Practices Institute (MPPI) –now in its sixth year— provided the support and the space for these dedicated staffers to grapple with a myriad of topics like how to leverage campus resources to support their programs and learning about strategies to helping their students prepare for the GRE and the graduate school application. Additionally, twenty-eight graduate institutions from across the nation were on scene, committed to recruiting retaining and graduating McNair Scholars.

“Seeing the need for the McNair community to come together and share best practices, I created the McNair Promising Practices Institute as a way to provide McNair professionals with a venue to reflect on the legacy of Dr. Ronald McNair, build community, and explore ways to holistically prepare program participants for their journey towards the Ph.D.,” said Michael Aldarondo-Jeffries, director of  Academic Advancement Programs in the Division of Teaching and Learning at UCF.

Just spend a few minutes talking to Priscilla Louis, 21, a biomedical neuroscience and psychology student at UCF and you’ll quickly learn how McNair has changed her life and her career trajectory.

“I’m definitely going for that Ph.D. and I am going right away,” said Louis, who hails from Atlanta and is in her third year at the university. “I’ve been in a lot of programs, but McNair has been the program that showed me that I was capable of obtaining a Ph.D., and creating an impact in my discipline as well as becoming a scholar and a researcher.”

Louis’ McNair cohort has formed a tight-knit family bond. And while she has some ideas of which doctoral programs she wants to apply to, she feels comfortable leaning on her mentors, like Aldarondo-Jeffries for guidance, “to make sure the decisions I’m making are completely right for me.”

The opportunity to engage in rigorous research over the summer, obtain an internship and be mentored by a faculty member during her years as an undergraduate has made a difference for Louis, who says that since becoming a McNair Scholar, she has broadened her perspective and vision.

“When it comes to seeing other underrepresented people in higher positions, especially as faculty, administrators, it gives me the confidence to say, ‘hey, I can do it too,’” she said matter-of-factly. “It is very inspiring.”

Funded by the U.S. Department of Education, there are currently about 150 McNair funded programs on college campuses today and institutions go through a rigorous renewal process. Amid talk about fiscal cutbacks to the McNair program across the years, the Council for Opportunity in Education—a nonprofit that works with colleges, universities and agencies that host TRIO programs— has consistently been on the frontlines, sounding the alarm to help legislators understand that programs like McNair really do work.

Chasneika Astacio, the associate director of the McNair Scholars program at Boston College, has seen the results first-hand. Her McNair program was started in 2003 and she now has alumni of the program enrolled in doctoral programs across the country, including MIT and Harvard.

“The underrepresented students at BC are very much overachievers,” said Astacio. “They are hardworking and very invested in their education and where they want to go.”

This was Astacio’s  fifth MPPI experience and she left feeling energized and excited about the longevity and future of McNair.

“I think the best thing is networking and meeting our colleagues and coworkers in McNair but also telling them about Boston College so that they can bring their scholars over to us,” she said. “For me, it’s also seeing what others are doing and what’s working on their campuses that we might want to enhance or create.  It’s all about collaboration and sharing best practices.”

Dr. Jamal Watson’s column appears here weekly. You can reach him at jwatson1@diverseeducation.com and follow him on Twitter @jamalericwatson