An NYU Professor Ups the Ante on LGBTQ Nursing Research

Although an estimated 11 million people in the U.S. identify as lesbian, gay, bisexual, transgender or queer (LGBTQ), nursing research and scholarship on the community’s health needs has historically lagged that of other demographics. 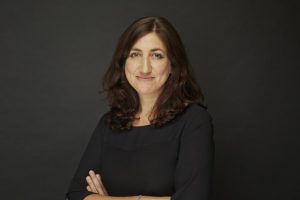 Growing up a few blocks from Greenwich Village’s Stonewall Inn — an iconic site of the gay liberation movement — LGBTQ rights and social justice issues were always on her mind. Nursing, however, didn’t catch her attention until she graduated with a degree in anthropology from the University of California, Berkeley.

“I was interested in the impact of culture on health,” says Dorsen. “And as I got deeper into medical anthropology, the role of nurses and nurse practitioners was really appealing. They were educators, advocates, clinicians and public-health minded people.”

Dorsen is now a certified nurse practitioner, with a Ph.D. in nursing research and theory development. And she, too, now juggles roles as an educator, advocate and clinician.

The New York native is an assistant professor at New York University’s (NYU) Rory Meyers College of Nursing, where she teaches and researches how gender identity and sexual orientation impact a person’s health. It’s scholarship that researchers are only now realizing the importance of, she says.

“We have a whole generation of people who, for them, this was not on their radar and not something we learned about in school,” says Dorsen.

While she and others were taught to inquire about a patient’s sexual history — asking questions such as, “Do you sleep with men, women or both?” — she says many practitioners didn’t know how to interpret a patient’s answers.  They didn’t understand the health implications of their answers either.

Lately, with research such as Dorsen’s, nursing educators are more equipped to train their students on the varying health needs within the LGBTQ community, whether that’s helping a transgender man feel comfortable receiving a Pap smear or speaking with LGBTQ youth about mental health resources.

Such research, she says, disproves common arguments such as, “I don’t need to know my patient’s gender identity or sexual orientation — I treat every patient the same.” To Dorsen, those beliefs, while perhaps egalitarian and well-intended, are as problematic as practitioners calling themselves “colorblind,” even though it’s now known that race is a significant factor in the healthcare individuals receive.

“Culture is important and people’s experience of health and illness, as well as their risk factors and past experiences accessing care, can be really different depending on who you are in the world,” says Dorsen. “We have a lot of people who say, ‘I don’t understand why this matters or I don’t think that this matters,’ and part of my job is to help people understand that it does matter and that these are important questions to be asking our patients.”

As part of her job at NYU, Dorsen has been a key player in adjusting lecture content and coursework to include the health needs of LGBTQ people at the institution. For example, the school now includes LGBTQ patients in its simulations and standardized patient cases.

“In order to represent the diversity of our country and the diverse healthcare needs of different populations within our country, we really need to be thoughtful about how students learn and who they learn from,” says Dorsen.

Thus far, she says, student response has been “fantastic.” And not just at NYU, but also at other universities in the country that are implementing similar changes.

“What we see across the country is that students want this information and they’re demanding this information from their faculty members,” says Dorsen. “For the vast majority of students, they see learning this as an essential part of becoming the best nurse or physician they can be.”

Dorsen’s work has led her to take lead positions in other, similar efforts. She is the nursing chair for GLMA: Health Professionals Advancing LGBTQ Equality, a national organization committed to LGBTQ health; the senior associate editor of the new journal Annals of LGBTQ Public and Population Health; and a part-time, practicing nurse for Project Renewal in NYC, a nonprofit that helps homeless men and women who struggle with mental illness or addiction.

Dr. Maya Clark-Cutaia, also an assistant professor of nursing at the Rory Meyers College of Nursing, praised Dorsen for the contributions she’s made to the department’s curriculum.

“She contributes a voice that is relevant and supportive of a population that I think many of us don’t understand well, but are striving to, she walks the walk,” says Clark-Cutaia, who also lauds Dorsen’s empathy.

“Her ability to be really aware of someone else’s well being comes across in literally everything she does — her research, her teaching, her communication — everything,” says Clark-Cutaia.

For Dorsen, the LGBTQ community is a source of inspiration.

“I want to remind people of the incredible culture and resilience of the LGBTQ community,” she says.

“There are LGBTQ people in every county in the U.S. … living their lives happily and healthily. The goal that we have as healthcare providers is to make sure that we’re doing our best to be here for them in both good times and bad times, both good health and bad health.”

Dr. Betty N. Adams: A Commitment to the Profession