Penn State University (PSU) will begin a need-based program this fall to financially support underrepresented engineering students with a $15.5 million donation and an additional institutional match of $10 million.

The A. James & Alice B. Clark Foundation recently committed the donation to create the A. James Clark Scholars Program in the Penn State College of Engineering to support high-achieving engineering students with significant financial need. PSU then added to that, in what is its largest match to a private philanthropic gift in the university’s history.

The objective of the Clark foundation is “to enable students who are really smart, driven and hard-working but don’t have resources,” and that is Penn State’s priority too, said Dr. Justin Schwartz, Harold and Inge Marcus Dean of Engineering at the university, to Diverse. That’s why the university matched the foundation’s gift.

“We had a match program for scholarships, which aligns perfectly with the Clark program; it was a match made in heaven,” said Schwartz, referring to the university’s Open Doors scholarship program, which seeks to ensure “that each student, regardless of heritage, individual characteristics or financial well-being, has access to a timely degree.” 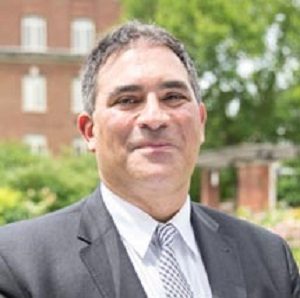 The Clark Scholars program will have a total cohort of 40, with the first 10 Clark Scholars admitted this fall to the Penn State College of Engineering. Students will be supported through all their years of study. The funding from both the Clark Foundation and Penn State is endowed, so it will continue to support the program in perpetuity. The Clark Scholars Program is currently in place at 10 universities, including Johns Hopkins University, the University of Pennsylvania and Virginia Tech.

“We chose to partner with Penn State because of their powerhouse engineering program, but also because of where they want to go — the Open Doors imperative of the ‘Greater Penn State’ campaign closely aligns with the Foundation and Mr. Clark’s beliefs that one’s financial status should not determine one’s path in life,” said Joe Del Guercio, president and chief executive of the Clark Foundation, in a statement.

The Clark Scholars will be selected on academic merit, extracurricular leadership and demonstrated commitment to civic improvement, in line with the foundation’s ideals. The engineering school has reached out to broadly eligible students admitted for this coming fall and pointed them to the scholarship program. Those who want to apply will write essays demonstrating the qualities that make them eligible for the scholarship.

“We are looking for not just high academic achievements but also for those who have shown leadership, through work in their school or as community volunteers,” said Schwartz. “We are also looking for students who, just to get this far, have crossed a lot of hurdles but who may not necessarily have leadership experience because they’ve been working to support their families, because that too is community work.”

These qualities, he said, are in line with the goals of the Clark foundation, which supports initiatives that make an impact on communities through leadership and entrepreneurship. “This program is designed so that Clark Scholars receive much more than an outstanding engi­neering education,” said Dr. Tonya Peeples, associate dean for equity and inclusion, in a statement.

The foundation’s gift along with the university match will “build a more diversified talent pool for our industry and government partners” that recruit from Penn State.

“Diversity is important for us because it is about fundamental social justice – every person should have the opportunity to meet their goals to the highest capacity,” said Schwartz. ” … In addition, all studies show that diverse groups are more impactful, productive and successful. Industry, too, tells me Penn State engineers are ready to work from day one, but they want more diversity.”

He said that industry often talks about “a leaky pipeline,” that is, talented people from underrepresented communities dropping out of the workforce. Schwartz said PSU wants to make sure that doesn’t happen with the Clark Scholars.  That’s why they will be provided both financial and curricular support through their course of study. Toward that end, Clark Scholars will participate in mandatory summer bridge programs.

“We know that even the most successful students’ backgrounds vary. We want to interact with the scholars over the summer and help build whatever skills they feel need improving, like professional social skills and developing tools for success before they get hit by the tidal wave of a semester,” said Schwartz.

“The idea is the scholars will get to know each other and build cohesion as a group, so over the next four years they will support each other. Then they will help the next 10 scholars a year later. This will build a wider cohort that will then help other students too, not just Clark Scholars,” said Schwartz.