University of Virginia (UVA) President Jim Ryan said in a column published Wednesday that threats against a Black student who expressed her views regarding a multicultural center on campus are “reprehensible.”

Ryan further said that he saw the student’s comment that there were “too many White people” at the newly renovated Multicultural Student Center (MSC) “as a statement of concern that one of the few places traditionally ‘for’ students of color would turn into a place dominated by White students.”  At the same time, Ryan reiterated that the MSC “will and should remain open to all students.” He titled his column, “Toward a shared sense of purpose and community.”

Ryan commented briefly on the controversy last week but spoke at length about it in his column for the campus newspaper, The Cavalier Daily. The incident he talked about occurred in the second week of February and sparked debate on campus and on social media.

What happened was that a Black student was caught on video, at the MSC, saying that it was “a space for people of color.” The video was tweeted with disapproval by Young America’s Foundation (YAF), a conservative group, which called the Black student’s comments an example of “racist intolerance.” At last count, it has been viewed more than five million times.

When contacted, UVA spokesman Brian Coy referred Diverse to an earlier statement the university issued on Twitter. That statement said that the four centers officially opened on Feb. 6 —
including the renovated MSC — “are open to all members of the university community.”

YAF didn’t respond to a request for comment by press time. 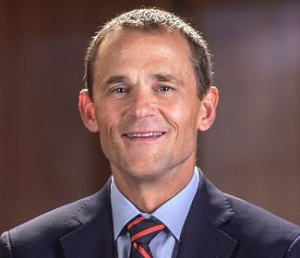 Dr. Kimberly Acquaviva, a professor of nursing at UVA, who earlier tweeted from her personal account that comments against the student at the center of the controversy ignore Black history and context, tweeted late yesterday saying she was appreciative of Ryan’s comments in The Cavalier Daily.

“I appreciate how thoughtful President Ryan’s piece is and I’m glad to work at a university with him at the helm,” said Acquaviva.

Ryan said in his column that the student at the center of the controversy and other students of color have, since the incident, faced “vitriol” and “threats,” something the campus community needs to reject. He said the student had the right to express her views and it’s wrong that she’s facing “physical threats” for saying something others may have disagreed with.

“The point of free speech is to allow for the expression of all ideas, including those that make some uncomfortable and those that offend,” said Ryan. “Disagreement, even strenuous disagreement, is obviously fine, to be expected and just as important a part of free expression.”

The UVA president said the MSC – similar to such centers at other universities – has traditionally been a place where students of color, more than White students, gather to find community in a university “that was exclusively White for a very long time and remains predominantly White today.”

He emphasized that the MSC is for all students but added that “it’s nonetheless worth confronting the reality” that there are still places on campus “where individuals are made to feel, either subtly or explicitly, unwelcome because of some aspect of their identity,” including race.

“We could sidestep this reality and pretend we have reached the point where all are welcome wherever they travel. But that mistakes aspiration for reality and ignores the challenge in front of us,” said Ryan.

Practicing Our Ideals: How the Interfaith Campus Can Restore Civil Discourse