New research shows that there have been robust results for students enrolled in Early College High School (ECHS) programs, many of which have the potential to close persistent achievement gaps.

American Institutes for Research (AIR) said in a recent policy brief, based on studies it conducted, that ECHS programs have a positive, lasting impact on postsecondary enrollment and success. What’s more, there is also a strong return on the investments made in early colleges. Even better, the brief suggests a postsecondary degree will earn students more over their career, which means they will pay more in taxes and are less likely to depend on government assistance.

According to AIR, its studies focused on 10 early colleges that were operating in 2007 in five states (North Carolina, Ohio, South Carolina, Texas and Utah). Data was collected on more than 2,400 students, all of whom participated in randomized admission lotteries to attend one of the 10 early colleges and were ether accepted (treatment group) or not accepted (control group).

“College exposure during high school leads to more confidence,” Dr. Kristina Zeiser, one of the lead AIR researchers on the ECHS project, told Diverse.  “Students get a variety of supports like mentorship and counseling to shepherd them through the process which is extremely beneficial for students whose parents didn’t go to college.” 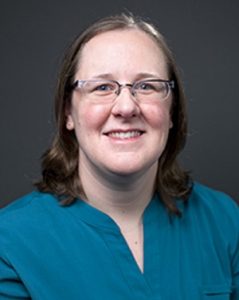 Early college is a form of dual enrollment but has a different trajectory altogether.

“Dual enrollment doesn’t have a clear sequence of courses, students take a math course here or an English course there, they won’t necessarily earn a degree,” said AIR’s Zeiser. “Early colleges are a whole school program with a concentrated sequence of courses that result in an associate’s degree.”

“Our research shows that early colleges are an effective way to increase rates of college-going and college completion, and that the return on the investment in these programs is positive for both the student and society at large,” said Zeiser.

For instance, AIR research found that over four years, early colleges cost about $3,800 more per student, on average, than traditional high schools. However, the estimated return on that investment was, on average, about $33,709 in increased lifetime earnings for each student. In addition, the lifetime public benefit per early college student – that is, increased tax revenue and decreased spending on public services – was about $23,973.

That means, an AIR cost-benefit study estimated, a total average return of $57,682 per early college student compared with a $3,800 per student investment. That translates to a 15-to-1 return.

AIR conducted its research over nine years and found that early colleges can help policymakers and educators address key priorities in education, such as improving college and career readiness; creating a positive school culture; and reducing economic barriers to postsecondary education.

Based on their findings, AIR experts made several recommendations for federal and state leaders and policymakers.

-Increasing federal support for the development of early colleges and additional funding to conduct research into their effectiveness.

– Assessing the policy landscape and developing or amending legislation to spur the effective creation, implementation and operation of early colleges.