The University of Georgia (UGA) will name its College of Education after its first Black graduate Mary Frances Early this week, reported Jackson Progress-Argus.

Early earned her master’s degree in music education in 1962 and her specialist in education degree in 1967. In 2013, she was presented with an honorary doctorate from the university. 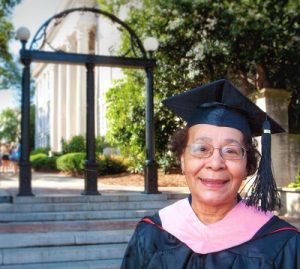 The naming of the Mary Frances Early College of Education celebrates UGA’s first Black graduate’s impact as a civil rights advocate and music educator. After helping integrate the university, she taught in Atlanta Public Schools, Morehouse College, Spelman College and served as head of the music department at Clark Atlanta University.

The Mary Frances Early lecture was established in 2001 by the Graduate and Professional Scholars student organization to honor Early.