As the college athletics regulator, the National Collegiate Athletic Association (NCAA), deliberates over establishing guidelines on how much a student athlete should be allowed to profit off their name, image and likeness (NIL), more than a dozen states are planning to introduce their own laws that will govern the extent to which these players can benefit from their brand identities.

Last October, the NCAA announced that its board of governors had unanimously voted to allow student-athletes the opportunity to benefit from the use of their NIL. The NCAA’s three divisions were instructed to immediately consider updates to bylaws and policies that enabled student-athletes to earn money while also keeping education as a priority. 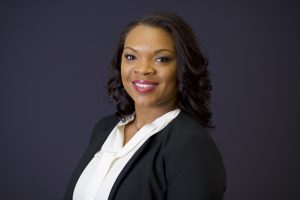 Still, no rules or guidelines have been published to date, even though, on Jan. 23 the co-chairs of the NCAA working group on NIL said they continue their efforts to provide “guidance” on the matter.

In the absence of national legislation, at least 20 states, including Michigan and Florida, have begun to craft their own legislation. In fact, in California, a bill has already been passed on NIL, which is due to take effect in 2023.

Who should take the lead?

“The issues involving college athlete compensation will head into a tailspin if legislation is not nationalized,” says sports attorney Richard Roth. “The NCAA has to take the lead to assist legislatures through the process. Any other solution — like allowing the states to enact laws — will result in endless headaches.”

Roth fears that states may try to one-up each other with legislation that will help attract student-athletes to schools in their states. Without federal legislation led by the NCAA, the best interest of student-athletes could be lost amid conflicting rules and regulations.

“In the absence of leadership or vision from the NCAA, states are doing their own thing,” he says. “You’d want some uniformity of guidance and rules. The only thing that may spur the NCAA to act is that the states are … beating them to the punch.”

Others believe the NCAA could use some oversight.

The NCAA has been operating under its own auspices for many years without any checks and balances.  And it should not be left alone to develop NIL guidelines, but it should have a seat at the table, says Dr. Fritz Polite, assistant vice president of opportunity and development at Shenandoah University.

“As these individual states come out with these legislative acts and bills, eventually either the federal government will get involved and try to do something across the board where they put some restrictions on NIL or they could say every individual state makes its own rules, kind of like speed limits,” says Polite.

There are signs the federal government is taking notice.

On Feb. 11, Sen. Chris Murphy, D-Conn., issued a statement saying a hearing on NCAA athlete compensation was held by the U.S. Senate Commerce Subcommittee on Manufacturing, Trade and Consumer Protection. “We now have growing bipartisan support in Congress,” said Murphy.

He cites the examples of musicians, artists, computer programmers, tutors, website designers, YouTubers and social influencers as students who use their skills to earn money while pursuing higher education. So, why shouldn’t a soccer player get paid for a meet-and-greet?

“Student-athletes have been held to a different standard, I would say an unfair standard, relative to literally every other student on college campuses,” says Duncan.

He notes there is a diversity element as well to the NIL issue.

“Student-athletes tend to be more diverse, from communities of color,” he adds. “The fact that they’re the ones, once again, being discriminated against makes it particularly galling to me. It needs to be corrected. No special treatment. Just treat student-athletes like you treat every other student on campus.”

Faculty can also play a role in discussions around NIL.

In fact, Polite says it is essential to include faculty members in discussions about NIL guidelines. Polite is past president of the Drake Group, which has the mission to defend academic integrity in intercollegiate athletics.

“As long as the faculty is not involved in the processes in terms of how this whole thing is going to work, the billion-dollar industry is always going to be at the front,” says Polite. “There should be some federal government intervention and faculty should be a part of that governance process.”

When NIL comes to fruition

NIL does not involve pay-for-play. It involves capitalizing on marketing opportunities or leveraging renown, such as being paid for personal appearances. In this scenario, Roth expects the NCAA will prioritize football and basketball over other sports. But, in fact, NIL can provide opportunities for student-athletes in non-revenue-generating sports as well.

When Dr. Tomika L. Ferguson — assistant professor and Ed.D. co-coordinator at Virginia Commonwealth University — was a student-athlete at the University of Virginia, she would have loved the opportunity to earn a few hundred dollars for an appearance, she said. As a walk-on to the track and field team, she held a part-time job throughout college and didn’t receive an athletic scholarship until the latter part of her collegiate career.

“We could be talking about athletes having a chance to use themselves as a vehicle to fight against food insecurity,” says Ferguson, founder of Black Athlete Sister Circle, a program for Black women Division I student-athletes. “They can have better living conditions. They can provide for their families.”

Ferguson says NIL has the potential to enable under-resourced institutions to attract top athletes. Earning money through NIL opportunities could help students become entrepreneurial and build funds to invest in their futures.

“They can position themselves to be great upon graduation rather than the criticisms we hear about athletes not being prepared for life after college. This could be one way in which they can transition well because they feel confident and have been able to develop themselves holistically,” says Ferguson.

She also says student-athletes could be taught how to manage any money they may earn through NIL.

Financial literacy and income tax preparation instruction are essential so student-athletes avoid missteps, says Ferguson. Polite, who teaches courses on subjects such as sports marketing, sponsorship and promotions at Shenandoah University, says implementation of NIL would allow student-athletes to engage in the business side of sports.

The time is at hand to do the right thing, says Duncan. “The biggest corruption lies in the colleges that are supposed to be academic institutions simply using their student-athletes to bring revenue and glory to the university and then spitting them out the back-end without a degree or diploma or with a degree or diploma that’s not legitimate,” he says.

“These are student-athletes with talents and skills that are in demand,” says Duncan. “Let’s give them a chance to grow, flourish and hone those skills and build their entrepreneurial skillset. Let’s not discriminate against student-athletes and students of color. That’s the last thing our society should perpetuate.”

On Feb. 7, the National College Players Association (NCPA), which was founded in 1997 to protect future, current and former college athletes, issued a paper written by executive director Ramogi Huma. “Name, Image, and Likeness: The Players’ Plan for Economic Liberty and Rights” details the current landscape and offers constructive suggestions.

It concludes with this statement: “Reform is not too complicated to achieve, and justice for college athletes should not be delayed any longer.”

Some NCAA Schools Get High Marks From Black Coaches Group