Dr. William F. Tate IV — one of the nation’s most prominent educational researchers — has been named the next executive vice president for academic affairs and provost at the University of South Carolina. He will begin the new post on July 1, 2020.

Tate, who is currently the dean of the Graduate School of Arts & Sciences, vice provost for graduate education and the Edward Mallinckrodt Distinguished University Professor in Arts & Sciences at Washington University in St. Louis, has been tapped for the position nearly a year after he was one of four finalists vying to become president of the public research university.

Dr. Robert L. Caslen Jr. was selected to lead the university and on Friday, announced that he recommended Tate for the provost job. The school’s Board of Trustees unanimously approved the appointment. Tate will become the first African American provost in the school’s history. 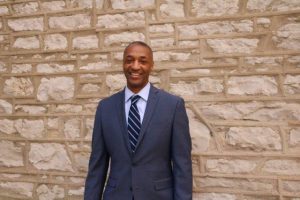 “Bill Tate is a game changer,” said Caslen. “He’s the ideal academic leader to inspire our faculty and students, and I’m excited about the vision and passion he brings to our administrative team.”

Tate has been a member of Washington University’s faculty since 2002 and has held numerous administrative posts including directing the university’s Center for the Study of Regional Competitiveness in Science and Technology. He previously served as chair of the Department of Education in Arts & Sciences for 12 years and held academic, research and administrative appointments in American culture studies, African and African American studies, applied statistics and computation, public health, social policy, sociology and urban studies.

“Bill Tate is an extraordinary leader and scholar, and I am so pleased that his many talents have been recognized with this appointment,” said Dr. Andrew D. Martin, Washington University’s chancellor. “He has brought great vision and passion to the Graduate School, providing guidance and inspiration for our students and faculty. Our loss is most certainly South Carolina’s gain, and I know he will be an excellent provost. I wish his great success in his new role.”

In an interview with Diverse, Tate said that he is excited to work with student leaders and faculty members “to add value to their programs,” all the while continuing to champion access and college affordability across the Palmetto State.

“The American South is the most important region in our country because of the migration of people and the unique opportunities to add value to the education function,” said Tate, a past president of the American Educational Research Association. “I’m honored and excited to start my journey at South Carolina. This is a special place and being at the state’s flagship university provides a tremendous opportunity to change the lives of students and entire communities through education, research, innovation and service.”

Tate’s appointment was announced during the same week that Dr. Lori S. White, the vice chancellor for student affairs at Washington University, was named president of DePauw University. White will be the first woman and the first person of color to lead the university and the only woman of color serving as a university president in the state of Indiana.

News of Tate’s appointment was met with enthusiasm in academic circles.

“Dr. William Tate IV is one of the giants in higher education,” said Dr. James L. Moore III, vice provost for diversity and inclusion and chief diversity officer at The Ohio State University. “He has achieved so much and inspired so many. Being a native of South Carolina and starting my faculty career at the University of South Carolina, I am confident that Dr. Tate will thrive in his new senior leadership role.”

Dr. William Danforth, Former Chancellor of Wash U, Dies at 94