$12 Million Campaign Launched in Honor of Bethune-Cookman U Founder

In conjunction with Bethune-Cookman University (B-CU), The National Council of Negro Women Inc. (NCNW) has launched a fundraising campaign with the aim of raising $12 million in scholarship funding for African American students, reported The Black Chronicle. 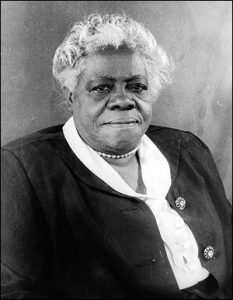 Titled “Advancing the Legacy,” the initiative is “a celebration of the accomplishments of Dr. Mary McLeod Bethune,” the founder of B-CU, which is a historically Black university. So far, the fundraising campaign has raised a third of its $12 million goal.

“Dr. Bethune fearlessly and successfully surpassed countless obstacles faced by a black woman, who was raised by former slaves. Even during her childhood in South Carolina, she understood the power of education and made her life’s work to provide access to young black men and women,” said NCNW national chair and president Dr. Johnnetta Cole. “She also understood the importance of empowering black women which is why she established the NCNW. B-CU and NCNW are forever connected by her vision and legacy.”