The Michigan Council of Women in Technology (MCWT) study titled, “Explore, Focus and Grow: A Technology Career Journey in Michigan,” aimed to understand females’ motivations and interests in pursuing a career in STEM fields as well as challenges associated with it.

Researchers interviewed around 500 females for the study. They included girls in grades 5-8 who were attending summer technology camps, female university students, professional women and HR professionals.

“Our goal is to provide actionable insights to parents, educators, tech executives, companies and HR professionals about the value of a tech career,” said Chris Rydzewski, executive director at MCWT.  “How to nurture girls to pursue their interest in technology, how to support those same girls on their paths to a tech career and perhaps most important, how to level the playing field by addressing their concerns.”

According to the research, despite more than 50% of the population being female, women have only 24% of STEM jobs and less than 20% representation in technology jobs. Additionally, a girl’s interest in technology is typically lost between the ages of 11-15.

In addition to bias and lack of representation, 23% of female university students also lack confidence in their abilities. There are also concerns surrounding pay equity and being valued as an equal coworker or leader.

“While many professional women express satisfaction with their career choice and university students express enthusiasm about their future, a perception that they will not be equally valued could prevent more young women from entering the field,” the report said.

To address these key concerns, the report said role models, mentoring and education can contribute to female success, happiness and retention within the STEM field. 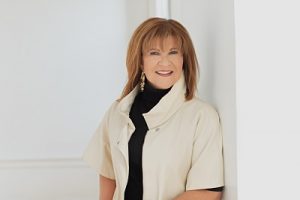 “Through all of these life stages, a tech career attracts girls and women with opportunities to create positive impact, solve problems and be creative,” said Rydzewski.

For both middle school girls and female university students, interest in the STEM fields is sparked by computer educators and classes, many of which they were exposed to in elementary school. The research revealed that 52% of university students said a computer class teacher was the main influence in their eventual major choice.

Additionally, having a relative in the field also plays a role in their career interest as many learned to code or use computers with their parents. Over half of the university students surveyed and a large proportion of middle school girls surveyed have a family member in STEM, according to the report.

As an example, MCWT has launched summer technology camps and robotics competitions in order to “create fun, collaborative and interesting technology experiences,” she said.

Young girls can also join MCWT’s web design competition which provides them with an opportunity to create a website for either a real or a made-up technological product or service. Additionally, Michigan also holds the statewide competition, Girls Solve IT program, where girls in grades 4-8 compete in technology quests and challenges.

“We work to educate young girls, introducing them to tech and further sparking their interest,” said Rydzewski. “It’s important to start early as kids grow up with technology and are curious about it.”

“They are concerned with being the only woman in the room and many cited needing a confidence boost to know they can thrive in a demanding environment and that’s where cultivating this community of like-minded allies is so important,” she said.

To recognize females and encourage growth within the STEM field, MCWT also nominates someone annually for the Women of the Year in Technology award. The research found that 95% of all professional women said highlighting women in leadership positions was effective when it came to recruiting female talent.

In terms of other recruitment strategies, 46% of professional women said employers that offer training, growth opportunities and support would encourage more females to enter the company. Additionally, 29% said flexibility played a role in recruitment while 24% acknowledged that the company should address and correct bias in culture. Lastly, 12% of the women surveyed said pay equity was an important value in an employer, according to the report.

“MCWT has a laser focus in 2020 of expanding its programming for career women and women tech leaders,” said Rydzewski. “We are driven by this commitment to inspire and support more girls and women to pursue an IT path, positively impact lives, strengthen businesses and make our Michigan economy more resilient.”