Two California assembly members have introduced an amendment that would repeal a ban on affirmative action in the state, reported The Daily Californian.

The amendment, ACA 5, primarily authored by assembly members Shirley Weber and Mike Gipson, would allow for race and gender to be considered in hiring and college admissions. They are seeking to overturn Proposition 209, approved in 1996, which bans public institutions from discriminating based on race, sex or ethnicity. That means it doesn’t allow affirmative action in favor of historically disadvantaged peoples. 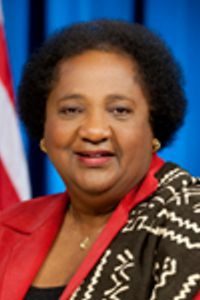 “Proposition 209 has cost women- and minority-owned businesses $1.1 billion each year,” Weber said in a press statement. “It has perpetuated a wage gap wherein women make 80 cents on every dollar made by men and has allowed discriminatory hiring and contracting processes to continue unhindered.”

The Associated Students of the University of California’s external affairs vice president Varsha Sarveshwar said Prop. 209 has been “a catastrophe for diversity, equity and inclusion” in the state’s institutions.

“Prop. 209 has directly resulted in disproportionately low representation of Black, Latinx, Native, and underrepresented API [Asian and Pacific Islander] people within our student body,” she said.

The Art and Science Of College Admissions