The Idaho state legislature recently passed a bill, 24-11, banning trans and intersex girls from competing as females in school and college athletics, despite there being no reported trans athletes competing in the state, reports Vox. 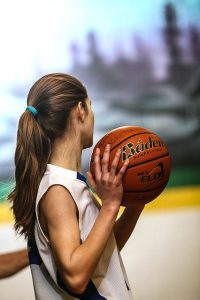 If signed by Gov. Brad Little, the bill would require high school and college female athletes to “undergo invasive sex testing to determine eligibility to compete in the girls’ division,” states Vox. Such testing, according to the written bill, might include a signed physician’s note stating the student’s sex based on their “internal and external reproductive anatomy; the student’s normal endogenously produced levels of testosterone; an analysis of the student’s genetic makeup.”

Such documented proof of one’s sex is a requirement not forced upon male athletes, the article’s author notes. Meanwhile, policy director with the American Civil Liberties Union of Idaho, Kathy Griesmyer, criticized the bill for being “unconstitutional” and “mean-spirited.”

“This bill attempts to solve a problem that does not exist while slamming the door shut for transgender student athletes to fully participate in their school communities,” Griesmyer said in a statement.

How to Cultivate More Diversity in College Coaching