The Excelsior Scholarship, New York’s tuition-free program, only reaches a small portion of low-income and community college students within the state, according to a new analysis of the initiative.

“We are clear in our minds about the increasing value of a college credential,” said Eli Dvorkin, editorial and policy director at CUF. “In New York, we know that making a college degree more affordable is a great investment in New York’s future and we saw this program as an important initiative designed to expand access to a college credential.” 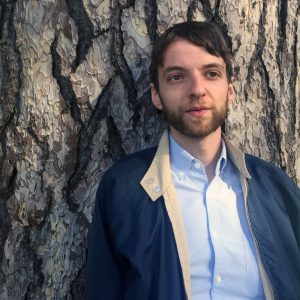 The data revealed that few students at community colleges across the state and the City University of New York (CUNY) system received scholarship funding from the program.

“This I think is striking because these are the students who face the greatest financial barriers to college completion,” said Dvorkin. “A program designed to make college affordable isn’t really doing much for the students who have the hardest time affording a college degree.”

A total of 335 scholarships, which amounted to under $1.3 million, were awarded across CUNY’s seven community college campuses. This accounted for 1% of the total funding in 2018, the brief said.

CUNY students, who make up 39% of the state’s enrolled undergraduate population, received 4,073 of the 25,100 scholarships. Community college students at CUNY and the State University of New York (SUNY), who make up almost half of all students in the state, received 19% of the scholarships awarded in 2018, a decline from 24% in 2017.

Students at CUNY earned fewer scholarships than those at SUNY.

At SUNY’s state schools — University of Buffalo, University of Albany, Binghamton University and Stony Brook University — more than 1,000 students received scholarships in 2018. However, six out of seven CUNY community colleges received less than 100 scholarships, except for the Borough of Manhattan Community College, which received 123, according to CUF’s brief.

On the other hand, 19 of the 25 schools with the lowest amount of enrolled students receiving scholarships were community colleges. All of CUNY’s community college campuses, except Guttman, were part of those rankings. Hostos Community College and Bronx Community College accounted for the lowest scholarship numbers of any college in the state with a total of 19 between the two of them, the report found. 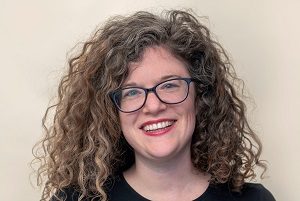 Cassie Magesis, director of postsecondary access at The Urban Assembly, said the purpose of financial aid programs is to make higher education affordable for all students and to expand it to cover more than tuition costs.

“We know that tuition is only part of the costs of college, and the other costs [such as] room, food and transportation, are all too often insurmountable expenses for students to afford,” she said.

The Hope Center’s #RealCollege survey of CUNY students last fall found that 48% of respondents indicated they had been food insecure in the previous month and 55% were housing insecure within the previous year.

“Our higher education and financial aid systems are failing these students if students are not able to access enough financial aid to be able to afford college,” said Magesis. “How can we expect students to be able to study and learn, when they are worried about where their next meal will come from, or where they’ll sleep that night?”

Dvorkin said the structure of the program has created a gap in reaching low-income and community college students.

To apply to the program, students must enroll in 12 credits per term, 30 credits per year and earn at least 30 credits in any prior years of college study. However, these credentials have created barriers and restrictions for New York’s part-time students who also balance work and family.

According to the report, 83% of all non-acceptance into the program was attributed to students having insufficient credits, the report said.

To solve the issue, the report recommended the state reduce the 30 credits requirement to 24 credits and eliminate the on-time graduation requirement.

Additionally, the report suggested that the program cover summer enrollment and expand to support part-time students.

“This is a well-intentioned program,” said Dvorkin. “The state is in the right wanting to make college more accessible for everybody but we have a real college completion problem on our hands and we are going to continue to do research to point out what we can do differently to actually move the needle on college success. ”