University of the People – a tuition-free, non-profit online university – has offered to open up its courses to colleges that are scrambling to move classes online in response to the coronavirus.

The online university, founded in 2009, has 115 courses in general education, business administration, computer science, health science and education. For universities with similar course material but less online infrastructure, their students can take University of the People classes as a substitute.

Classes can be taught by University of the People faculty, or instructors from other colleges can lead courses themselves using the school’s platform. Professors from outside the university can also take advantage of the school’s week-long training in online teaching. 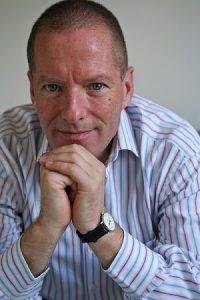 “Going online is not trivial,” said Shai Reshef, University of the People’s president and founder. “It’s not that you shut down the class, open a Zoom account and you can go online. You need to know how to do it. You need [to know] how to engage the students, how to teach them, how to support them, how to make it interesting. We felt that a lot of universities don’t know how to do it … We want them to do it right.”

It takes University of the People about half a year to implement an online course, Reshef noted. After courses are developed, they’re looked over by an instructional designer and peer reviewed. Meanwhile, following the coronavirus-related campus closures universities across the country are trying to move all of their face-to-face courses online within weeks.

So, as faculty scramble to reimagine their classes, he felt a sense of responsibility to his colleagues. At University of the People, the faculty, administrators and president’s council are all volunteers formerly or currently serving at other universities. They receive an honorarium for their time, but it’s a low-budget operation.

“We feel like we would not have been here without the higher education community,” Reshef said. “The academic world embraced us and helped us get to where we are, so we figure why not give back and give to everyone else?”

Since the announcement last Tuesday, no one has taken the school up on its offer – yet – but Reshef expects to hear from universities in the coming weeks.

Participating schools would need to pay the cost of the courses, though the price is nominal compared to the costs of college classes on average, Reshef said. There aren’t buildings to maintain or salaries to pay. The school charges students no tuition, though each class requires a $100 assessment fee at the end of each course, so a four-year degree costs students about $4,060, according to University of the People’s website.

The university’s platform also uses simple technology, like PDFs, Open Education Resources and ebooks as class materials. Plus, courses are asynchronous, meaning students can watch lectures on their own time instead of watching them live. This model keeps costs low but also makes resources easily shareable and replicable.

“There aren’t too many bells and whistles,” said vice provost for academic affairs, Dr. Shawn Moustafa. There’s sometimes a stigma that online learning is complicated, but “I think there’s beauty in keeping things simple.”

It’s also helpful to their particular subset of students who often work or have childcare responsibilities. The platform is “easily digestible” and “flexible,” he added.

Students benefit from extra supports, like a program advisor for each student who can identify at-risk students and provide personalized academic counseling.

In general, University of the People has experience working with students who might not easily navigate higher education otherwise, like undocumented students or women in countries where they’re discouraged from a college education. The university claims to serve more refugees than any other higher learning institution.

“Most of our students are coming from hardship,” Reshef said. And as the coronavirus shakes the higher education system, that continues to be true.

While courses themselves aren’t impacted by the virus – “we were virtual before and we were virtual now,” Reshef said – the number of applicants from heavily impacted countries, like Italy and China, has jumped as students look for alternatives to on-campus education. The university now needs more instructors to meet demand. Meanwhile, students already enrolled in University of the People tell him they’re watching their peers’ semesters get disrupted as they continue steadily toward their degrees.

But the university’s leaders think this crisis will be a turning point.

This moment can serve as an “opportunity for institutions to embrace the online modality,” Moustafa said, and he hopes that they’ll utilize resources University of the People has already developed.

His colleagues at other universities are being asked to “figure it out on the fly,” but when the need for a “Band-Aid approach” passes, Moustafa thinks universities can step back, analyze and systematically incorporate online tools.

“We’ve seen over the years more and more institutions are going online, but there’s always been some reluctance to that,” he said. “And now I think is the time to appreciate what pivoting online can do.”

Stanford U Considers Holding Some Classes in Tents This Fall