The University of Michigan (UM) has hired a new law firm to lead an investigation into allegations that a deceased doctor, Robert E. Anderson, molested hundreds of people, reported ABC News. 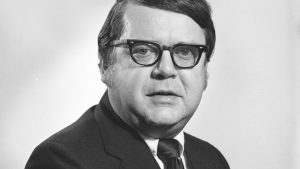 After learning that some attorneys at the law firm Steptoe & Johnson represented “high-profile” clients accused of sexual misconduct, the school cut connections with the firm and instead hired WilmerHale to handle the more than 166 unique complaints filed against Anderson.

“The university is fully committed to allowing WilmerHale to conduct vigorous and independent investigations in both matters,” UM regent Denise Ilitch said in a statement. “The engagement letter with WilmerHale specifies that the firm will “issue a non-privileged report” at the conclusion of the investigations.”

Meanwhile, more than 70 of Anderson’s accusers remain uncomfortable with the attorney-client privilege that exists between the private law firm and the university. They had hoped the school would accept state Attorney General Dana Nessel’s offer to investigate the matter. However, Nessel said she would only accept if the school waived all privilege and provided any information requested.