In many cases, state regulators have either failed to recognize warning signs or neglected to take early action in order to prevent school closures, according to new research.

New America’s report, “Anticipating and Managing Precipitous College Closures,” analyzed dozens of non-profit and for-profit institutions’ closures, the reasoning behind them and how they were handled.

“It’s really about when [closures] do happen, how regulators and institutions can get ahead of it and plan for it [in] as orderly and as least destructive of a transition as possible for those students who have spent time, money and emotional energy to these institutions that no longer will be able to give them the education that they had signed up for,” said Amy Laitinen, director for higher education with the Education Policy program at New America. 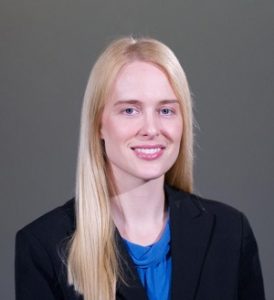 Between the school years of 2008–09 and 2016–17, more than 300 degree-granting colleges and universities in the U.S. closed their doors, New America said.

“There is a guidebook for this, there is a way to make these closures less painful because we’ve learned a lot from a lot of painful closures in particular over the years,” said Clare McCann, deputy director for federal higher education policy with New America’s Education Policy program.

In order to identify early signs of school closures, the report suggested monitoring both enrollment and financial changes. According to the research, the Department of Education’s financial composite score only predicted half of the closures since the 2010-11 academic year.

“Nobody likes to think about the fact that some colleges will close,” said Laitinen. “The reality is that it does happen and it will happen again. It doesn’t serve anyone well to put your head in the sand and sort of pretend it won’t happen. You need to sort of look ahead for warning signs and then plan for something you really don’t want to plan for but you need to plan for.”

Additionally, the report emphasized the need for increased attention on institutional quality issues such as retention rates and called for more transparency in major lawsuits and investigations involving institutions.

In terms of teach-out plans, the report said accreditors should request full agreements from institutions that hold “viability” threats. To secure funding, colleges need to recognize their risk of closure. In order to do so, the report recommended that private colleges take out enough insurance to cover their estimated costs of arranging those teach-out agreements to avoid additional tuition costs for students.

Colleges should also implement a records management plan in light of a closure. This could include assigning records to be managed by another institution or organization in the event of a closure as well as digitizing their records. 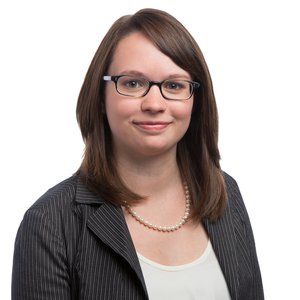 In terms of loans, data from the Department of Education found that nearly half of eligible students, which includes those students with a loan and those whose colleges closed within a few months before degree completion, neither re-enrolled in a Title IV-eligible program or applied for a closed school loan discharge, according to the report.

For those institutions that are forced to close, schools can provide better information and more options for a student loan discharge.

The report also suggested that when a school is forced to close, students should be notified immediately of the decision. Colleges and universities should also communicate through trusted sources such as the state or the Department of Education.

Lastly, to ensure taxpayers are protected, the Department of Higher Education should “reevaluate the composite score metric ” and develop a better way to predict closure. Additionally, institutions should be classified by the size of the school to identify risk factors and provide taxpayers an understanding of the liability size.

In the current financial market, due to the ongoing coronavirus (COVID-19) outbreak, Laitinen predicts that some college and university closures are “probably inevitable.”

She said the report “is something that we do hope will be useful and actionable for institutions and regulators as they are dealing with this emergency situation right now.”

“Our hope is that institutions and regulators alike will recognize that this kind of contingency planning for what is going to happen if the college does close is really important to do early and probably earlier than anyone wants to do it,” said Laitinen.

University of Kansas Student Leaders will not be Impeached