Scientists at the University of Pittsburgh said they’ve found a potential vaccine for the new coronavirus, reported the New York Post, citing the scientists’ study published Thursday in EBioMedicine, which is published by The Lancet.

The scientists believe the vaccine could be rolled out quickly enough to “significantly impact the spread of disease,” they said in their study. 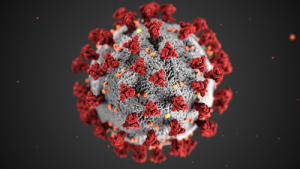 They said they were able to quickly develop a vaccine because they had already done significant research on similar coronaviruses, SARS and MERS.

“These two viruses, which are closely related to SARS-CoV-2, teach us that a particular protein, called a spike protein, is important for inducing immunity against the virus,” said a statement from co-senior author of the study, Andrea Gambotto, M.D., associate professor of surgery at the School of Medicine at the University of Pittsburgh.

The scientists are applying for an investigational new drug approval from the U.S. Food and Drug Administration and hope to start human clinical trials within the next few months.

As Universities Tighten Budgets During the Coronavirus, What Will Happen to Diversity Initiatives?