Report: Congress Needs to do a Lot More to Ensure Educational Equity During the Pandemic - Higher Education

Report: Congress Needs to do a Lot More to Ensure Educational Equity During the Pandemic

After analyzing the Coronavirus Aid, Relief and Economic Security (CARES) Act, the Center for American Progress (CAP) released a brief to highlight what has been done to aid the education sector so far and laid out policy recommendations needed in a fourth stimulus package.

The brief said the current funds allocated would “only make a dent” in addressing long-term funding issues. 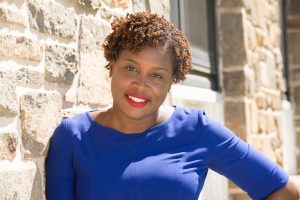 In the stimulus package, $14 billion was allocated to “stabilizing” higher education institutions. The needs of under-resourced colleges and those serving low-income students will be assessed while distributing the funds. Three-quarters of the funding is to be distributed based on the number of Pell Grant recipients institutions have. Students taking online classes full-time will not qualify, according to the brief.

For minority-serving institutions, prior awards can be used in addition to the emergency funding.

Additionally, under the bill, federal student loan payments will be suspended over the next six months and there will be an elimination of interest accrual.

In the short term, CAP suggested that more student loan borrowers be “protected” and a wider section be included in future legislation. According to the brief, 43 million adult Americans owe more than $1.5 trillion in federal student loans or private debt. Under the current bill, 1.9 million borrowers with Perkins loans and $7.9 million Federal Family Education loan borrowers are omitted.

CAP also suggested that in the fourth stimulus package, borrowers seeking temporary relief should not be charged interest even when they return to regular payments.

For the states,  the brief suggested a state-federal partnership as temporary relief and encouraged long-term state investment. Additionally, it said, “Congress should not grant states complete discretion over how these funds are spent” and that investments should go towards more under-resourced schools.

“We can architect a system that works better for all students across the spectrum,” said Khalilah Harris, managing director of the K-12 education team at CAP. “That’s an opportunity we should not miss at this time and in many ways, we are going be forced into it. But since we know it’s coming down the pipeline, we really can be doing some planning. We should slow down right now so that we can move quickly as things get back online with a type of education system that’s working for all students attending schools and not just some of them.” 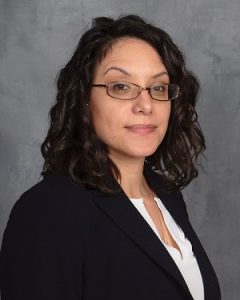 The race to move online was one of the overall challenges the pandemic posed to the higher education sector. Distance learning across K-12 schools and higher education institutions have exposed equity gaps.

“Now we have a situation where there are so many students whose families aren’t equipped for distance learning,” said Harris. “Will states even have the type of resources to make sure students are advancing and that a whole generation of students aren’t being left behind?”

With new legislation, Harris believes that the gap can narrow and be addressed. For example, she says the focus should be on implementing broadband access and on proper training for those educators who have not used technology in their classrooms.

She also said it is important to look at the virus’ impact on students applying to college, those who did not have access to SAT/ACT testing and individuals who need particular coursework to prepare for college.

“How are we going to make sure those transitions are smooth and that universities have the capacity to support those students,” Harris added.

One of the financial challenges for colleges and universities has been providing students refunds, such as on room and board fees.

“That’s a financial impact that you could not really foresee,” said Antoinette Flores, director for Postsecondary Education at CAP.

Additionally, low-income students have faced difficulty with housing and lack resources and support for completing college applications. Many students have also filled out their FAFSA forms but now face income changes, meaning they will have to go back and negotiate with the institution for financial aid.

“You are doing that in a scenario where institutional funds are not guaranteed, they are in flux,” said Flores. “It’s going to make it hard for institutions to commit to a level of funding.”