Individuals do not have to make student loan payments until October 2020 and there will be no accrual of  interest and penalties during that time.

“It provides instant relief to people who are making payments,” said Brian Backstrom, director of Education Policy Studies at the Rockefeller Institute of Government. “It doesn’t provide any relief at all to those people [who] because of financial struggles are missing payments. All this does is puts off, until October, the same difficult discussions we need to have now.”

To discuss how the current student debt crisis can be addressed during the pandemic and in the future, the Rockefeller Institute of Government published the brief, “Student Loan Debt Reform in the Virus’s Economic Wake.” 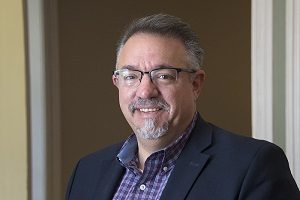 “One of the things that has gotten lost is sort of a deeper dive into finding out which students are genuinely the most burdened by student debt,” said Backstrom. “And once we start looking at that type of detail, we can really develop effective public policies that can provide loan debt burden relief to those people who need it the most.”

According to the analysis, half of the current student debt is held by those individuals who have graduate degrees, which on average equates to the highest-earning college graduates. Blanket loan forgiveness could “disproportionately” favor those borrowers who hold a higher income, according to the brief.

The first reform recommendation was the use of loan cancellation as an incentive to complete college degrees. The brief said student borrowers who do not finish their college degree are three times more likely to default on their loans than those who graduate. Additionally, 42% of  families with outstanding student debt have a head of household without a bachelor’s degree.

For those individuals who did not finish college, Backstrom suggested the federal government at least cancel all debt related to first year expenses upon the eventual completion of a student’s degree. Additionally, this would include waiving interest and penalties as well.

“I think that’s a great way to think about the program because you are really trying to achieve the overall objective of getting kids to and through college,” said Backstrom. “I think one of the things that is often lost is colleges’ responsibility in all of this.”

For the second reform, the government could encourage college financial aid offices to act as partners to students. The amount of students who miss out on financial aid is high.

In 2018, more than 600,000 graduating high school seniors missed out on $2.6 billion in Pell Grants after failing to submit the needed forms. Additionally, 37% of all high school graduates who applied to college did not file a Free Application for Federal Student Aid (FAFSA), according to the brief.

To help support students, Backstrom says colleges and universities can offer assistance and support to students who are looking to complete FAFSA forms. Additionally, filling out FAFSA forms could be a requirement before a student is admitted to a college.

“You have too many colleges and universities doing whatever they can to simply make sure that students pay their bills,” said Backstrom. “They don’t have a stake in getting the students out of the college debt free. I think that you could really do that by forcing colleges to say that you are a financial partner with students in all of this and not just a social or academic partner.”

Prior to college graduation, financial offices could also review each student’s eligibility for assistance. For example, if federal Pell Grants were available to the students but not received, the school could offer credit and could help file a claim to the Department of Education. This reduces the amount owed before students start paying off their loans, the brief said.

Lastly, student borrowers could be enrolled in an automatic repayment plan. Currently, countries such as the U.K. and Australia have income-driven repayment programs. The U.S. Department of Education offers four options.

The repayment amounts are set to a proportion of a borrower’s monthly income, between 10-15%, for a set number of years. Additionally, if an individual becomes unemployed during this time, payments could be suspended until consistent paychecks are received again, according to the brief.