Since the University of Southern California’s campus closed amid the coronavirus pandemic, going to class looks a little different for junior Andrea Alba.

A first-generation low-income student, Alba now shares a room with her two brothers, ages 16 and 25, in her family’s two-bedroom house. Her parents, who work at USC, are also at home, waiting on emails about what their work will look like during the campus shutdown. There’s no room where she can be alone to take her online courses.

Meanwhile, she has a payment due to the university for her dorm 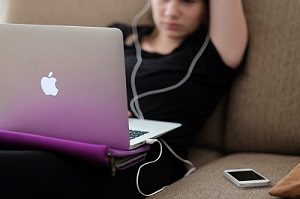 room and dining services, campus resources she hasn’t been using during the shutdown. She recognizes the school is still figuring out how to dole out refunds amid the chaos, but “I don’t have this money,” she says.

In the past month, Alba and classmates like her have faced new uncertainty and a slew of extra costs. Universities are working hard to respond to the coronavirus crisis, but for students who rely heavily on campus resources like food, housing and healthcare, there are a growing list of needs. Meanwhile, the virus also dealt a financial blow to minority serving institutions, which serve high percentages of underprivileged students.

A survey by Course Hero, which offers academic resources online, bears out just how diverse the needs of low-income students are in the wake of the coronavirus pandemic. The education technology company is opening a student emergency relief fund, and, in doing so, analyzed students’ applications to get a better sense of low-income students’ costs. A breakdown of responses from 15,000 students from about 4,000 universities showed that money for rent and food each made up a quarter of students’ overall financial need, followed by costs associated with lost jobs and technology like laptops and Wi-Fi.

Qualitative data from the survey reveals an even wider array of challenges. Students asked for funds to pay for gas, medication, household cleaning products, car repairs, feminine products and so on.

“I am a DACA student who lost their job,” one student wrote.

Another requested money for “child clothing and [an] asthma pump for my 4 year old.”

“Basic household goods,” wrote another. “Unable to go to the store and buy anything as everything in my area is gone.”

Louis Lin — a first-generation, low-income senior at the University of Pennsylvania — has seen this variety of needs play out on his own campus.

When the University of Pennsylvania announced that dorms would close and students had six days to vacate, students frantically 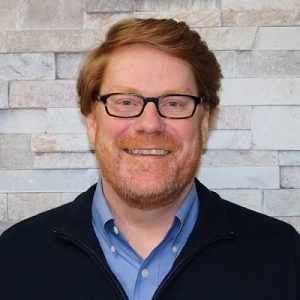 messaged each other in their first-generation students’ group chat with all kinds of concerns. The university is reimbursing students for their moving costs, but some low-income students struggled to pay for their flights upfront, Lin says. If they had nowhere else to go, students could fill out a short application to stay on campus, but students didn’t know what level of detail to put in their answers or what to do if their applications were rejected. They’re still waiting on information about refunds for campus housing.

Lin’s family, meanwhile, is in “limbo,” he says. His parents work in a Chinese restaurant that’s closed for the foreseeable future as a result of the coronavirus.

“We don’t know when things will get better,” he adds. “We’re not sure what will happen.”

For Lin, it’s important for universities to recognize that low-income students aren’t a “monolith.”

“… All students are going through different experiences,” he says, so even the best sweeping policies aren’t “going to work for every single student.”

On a national level, policymakers are trying to put in place measures that will ease low-income students’ burdens. The U.S. Department of Education, for example, temporarily suspended collection on late student loans and stopped withholding defaulters’ federal benefits or garnishing their wages.

As campuses shut down, minority serving institutions are particularly hard hit, facing an extra set of concerns as they try to keep underrepresented students safe on tighter budgets than predominantly White institutions.

“Even making the assumption that students have laptops or have Wi-Fi and will be able to readily go online, that is probably a more difficult presumption for HBCUs as opposed to predominantly White institutions,” says Dr. Anthony K. Wutoh, Howard University’s provost and chief academic officer. “So, there are additional costs and expenses above and beyond a traditional educational environment that HBCUs have to take under consideration.”

For Howard University, some of those additional costs include ordering additional computer hardware and keeping dormitories, computer labs and delivery meal services open for students who can’t leave for spring break. The school also wants to ensure that tools used for online teaching can be accessed via smartphone, in case students don’t have laptops.

The school created an internal task force last month and ran an assessment of how many more laptops and desktop computers faculty will need to run classes online. Each professor had to develop a specific plan for how to serve students remotely, including students with limited access to technology. And they discussed how to use all the tools that might be at students’ disposal, even Facebook Live. Meanwhile, the university is “open for business” other than in-person instruction so students and faculty aren’t cut off from campus resources. 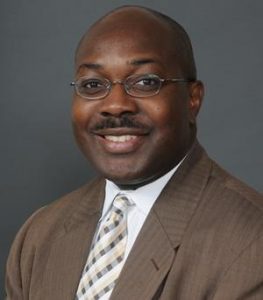 “There will be some additional costs, for sure,” Robinson says. But the university wants to be “as creative as we can to ensure that we give every student the opportunity to stay on track.”

Students staying on track is another concern. With low-income and minority students — and the institutions that serve them — disproportionately impacted by the virus, experts like Jim McCorkell, founder and CEO of College Possible, worry about retention rates. His organization coaches low-income high school students through the transition to college with the help of peer mentors.

Even if students have access to the technology they need, studies show that online courses have lower retention rates compared to face-to-face courses, especially for underrepresented students.

Meanwhile, the low-wage jobs students typically take to pay their way through college are disappearing as people practice social distancing across the country, McCorkell explains.

“With the students we serve, if they stop out of college even once, their chance of ultimately graduating goes down substantially,” he says. “Our concern is, in these crazy times, that there’s a higher likelihood that students are going to stop out of college for economic reasons.”

He’s also afraid of the “long-term implications,” that students will question the point of college as they look out at a bleak job market.

Once universities finish scrambling to move their courses online, they’ll need to pivot their attention to the unique needs of low-income students to keep them, he says.

As a first-generation, low-income student, Lin’s advice to universities is to be as flexible as possible in response to students’ input. For example, he’s advocating for the University of Pennsylvania to extend its deadline for students to decide on letter grades versus pass/fail for grading as the university moves to an optional pass/fail system. He wants to make the best decisions for his GPA, but he and others are preoccupied with “family priorities,” he says, so the more flexibility on deadlines the better.

He also suggests schools have a clear mechanism or point person for low-income, first-generation students to ask for help and offer feedback, like the University of Pennsylvania’s First-Generation Low-Income Center. That way schools can “anticipate problems that might occur before they even do,” he says.

For Alba, something as simple as an acknowledgement from universities that first-generation students may be facing extra challenges would make a difference. Student organizations like the USC First-Generation College Student Union and La CASA, a group for Latinx students, have been sharing resources specifically for students like her as they make the online transition, but affinity groups wouldn’t have to if the university did more outreach, she says.

USC’s specialized events and student clubs have given her a chance to “find a home” on campus as a first-generation, low-income student, but with campus shut down, she still feels like she needs specialized help. There’s no guide out there on how to take online classes cramped in a room with two brothers — or even just recognition from the university that might be the case.

This article originally appeared in the April 16, 2020 edition of Diverse. You can read it here.

Coronavirus Is Not a “Chinese Virus”