A scientist at Meharry Medical College, a historically Black institution, said he is two weeks away from testing an anti-virus that could potentially prevent COVID-19, the easily transmittable respiratory disease caused by the coronavirus, which has taken 26,708 lives in the U.S. as of Thursday, reported NBC News. 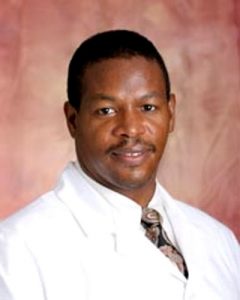 With much of those cases disproportionately affecting African American communities, the race to find a vaccine is personal for Dr. Donald Alcendor who told Diverse earlier this month that he has been working overtime at the HBCU (historically Black colleges and universities) since the coronavirus started to spread.

“This is bigger than COVID-19,” said Dr. Linda Witt, senior associate vice president for development at Meharry, to NBC. “We are called to serve on the front lines. For Meharrians, it’s natural to go into our communities. We exist in the black community. But it’s at a heightened level now. And having an HBCU presence, voice and expertise is essential.”

According to Alcendor, the antiviral drug would eliminate the virus’s ability to reproduce viral proteins. He hopes to have the drug created in the next two weeks, after which it will move on to clinical trials. If successful, it could be approved by the Food and Drug Administration within a “few months.”

“It’s similar to what we did with Zika,” said Alcendor, who worked the successful anti-virus to the Zika virus a few years ago. “But in comparison to Zika, this is through the roof. We didn’t have the deaths or the spread. This is a much bigger scale. All the marbles are on the table.”