The National Association for College Admission Counseling (NACAC) on Monday named Dr. Angel B. Pérez the next chief executive officer of the organization. 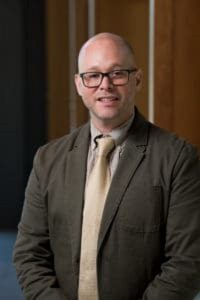 Pérez succeeds Dr. Joyce E. Smith, who is retiring after more than 30 years as the association’s deputy executive director, executive director and CEO, said NACAC, in a statement. Pérez is currently the vice president for enrollment and student success at Trinity College in Connecticut will start at his new position on July 15.

“As we began this search over a year ago, we certainly did not anticipate selecting a CEO in such unprecedented times,” said Fonash in the statement, referring to the coronavirus pandemic. “We did know that we were looking for a champion of education, a leader who would represent a wide view of secondary and postsecondary education, a  practical visionary, and strategic leader whose knowledge and experience would enable him to live, breathe, and lead with our mission. We have found all those strengths and more in Angel B. Pérez.”

NACAC said Trinity College had its most diverse classes during Pérez’s tenure starting in 2014. He has been a crusader against the use of standardized tests for college admissions.

“There is a direct correlation between success on the exam and wealth, and therefore low-income students are at a significant disadvantage,” wrote Perez in a column for Diverse in August 2018.  “At my own institution, we dropped the testing requirement in 2015 and since then have found that there is no statistical difference between the first-year GPA of students who submitted test scores and those who did not,” he wrote referring to Trinity.

Trinity College president Dr. Joanne Berger-Sweeney said in the statement that Pérez “has been a steadfast champion” of expanding access at Trinity.

“The exceptional student body that defines Trinity today is a reflection of Angel’s vision and passion, along with his tireless dedication,” Berger-Sweeney said.