Duquesne University graduate student Terrell Nelson works part-time as a leasing agent at an apartment complex, and due to the COVID-19 pandemic, his hours have been reduced by more than two-thirds causing his income to plummet. What’s more, under the latest pandemic-related legislation passed by Congress, Nelson and numerous other working college students have been left out.

Fortunately for Nelson, his immediate future is secure. As the 23-year-old completes his first year of Duquesne’s online Master of Higher Education Administration program while living in Tallahassee, Florida, he has been accepted in the Teach for America Program and will be heading for an assignment in Mississippi this summer. Meanwhile, he says he has always been a practical spender, “not one to blow money,” so he has been living on his personal savings, financial aid reimbursements and some help from his grandmother. 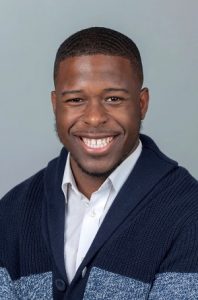 Although Nelson is managing well, he has strong views about the plight of his fellow students. “I have friends who, literally, worked two and three jobs, worked their butts to the bone, and they have lost their jobs or had their hours cut,” Nelson told Diverse, adding that most of these students have not been eligible for the government stimulus funds. “It’s very devastating,” he says. “They’re young, but they’re people too!”

The emergency legislation CARES Act and its Pandemic Unemployment Assistance (PUA) program may offer some relief to eligible student workers. Congress created the PUA program to provide a weekly benefit of $600 on top of a partial wage replacement calculated by the state for workers who lose their jobs or are unable to work due to the pandemic. The Department of Labor, on its COVID-19 web page, explains that states are permitted to provide PUA to “individuals who are self-employed, seeking part-time employment, or who otherwise would not qualify for regular unemployment compensation.” Interested parties are then directed to their respective state’s unemployment insurance sites.

But many student workers don’t qualify for assistance under this program.

Those typically ineligible students are the focus of a recent report from the Century Foundation, a public policy think tank. Titled “Unemployment Insurance and Young People in the Wake of COVID-19,” it calls for greater recognition of the needs of this overlooked group. “Students and young people are often left out of unemployment insurance programs, either because they do not have sufficient work history, or because they work part-time and their earnings are too low or do not meet the requirement for part-time benefits under their state’s rules,” the report states.

“We’re hopeful that PUA benefits will be able to help some working students,” said Century senior fellow Jen Mishory. “But there’s also a broader need for folks who are entering this economy for the first time when we think it’s going to be a tough job market.” 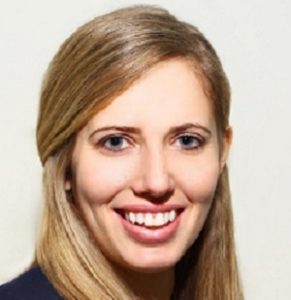 The Foundation contends that the PUA program should provide significantly more relief for students who are working their way through college than previously considered because working students comprise a significant part of the workforce. The report points out that 11 million college students work; and more than 8 million of those students, or 7% , work twenty hours or more. The CARES Act provisions should provide relief for these students, the report suggests.

In 2018, the Institute for Women’s Policy Research reported that 55% of students of color and 49% of White students were independently supporting themselves.

According to Mishory, co-author of the Century Foundation report, her team examined the provisions of the CARES Act and began asking questions.

“Under the new CARES Act, there’s a lot more help for workers who have lost their jobs who might not otherwise qualify for unemployment insurance,” she said. “So part of our question was: What does that mean for students? So many students work, and we can assume that a lot of those students have had that work disrupted due to COVID-19. So where are the gaps? What about students who are graduating, but who weren’t working, so don’t qualify for existing benefits but are looking for jobs in this tough economy? We want to make sure that there’s some help for them as well.”

Other higher education supporters are also appealing to legislators and policymakers to help working students. Higher Learning Advocates issued its own statement in response to passage of the CARES Act, applauding those provisions in the Act that benefited some students, including the continuation of Federal Work Study payments and continuation of Pell Grant eligibility, but recommended further policy changes resulting from COVID-19 disruptions.

Century Foundation is calling upon “the states and the U.S. Department of Labor [to] appropriately implement PUA to ensure young workers receive the benefits owed to them, and Congress should build on these initial steps and expand the options available for students and young people leaving school and entering a recession economy.”