Dr. Alyce Gullattee, a professor of psychiatry at Howard University’s College of Medicine and the institution’s oldest faculty member, died last week after testing positive for COVID-19, reported The Washington Post. She was 91. 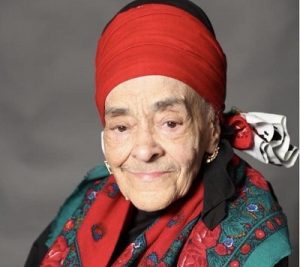 Dr. Gullattee, who was a faculty member at Howard for more than 50 years, was a pioneering psychiatrist and civil rights activist who became an expert on substance abuse during the crack epidemic of the 1980s.

“As the country waged a war on drugs, Gullattee reached out to the most vulnerable — the crack addicts, the AIDS patients, the sex workers — and treated them like family,” wrote the Post.

Howard president Dr. Wayne A. I. Frederick told WJLA that Dr. Gullattee had been one of his professors in medical school and called her death “a great loss.”

Dr. Gullattee was a native of Michigan and graduated from Detroit’s Northern High School in 1946, said Howard university in a statement on its website. She received an A.B. in zoology from the University of California at Santa Barbara and started medical school at a California university. However, she soon transferred to Howard University after she became unhappy with the prevailing racism in California at the time. She graduated from Howard’s College of Medicine in 1964 and was appointed to the Howard faculty in 1970.

Dr. Gullattee served on the Wesleyan University Board of Trustees, the National Medical Association Drug Committee, and was a member of the Advisory Committee of the Howard University Institute on Drug Abuse and Addiction. She also won a nomination for the Television Emmy Award by the Washington Chapter, National Academy of Television Arts and Sciences for an NBC Special, “The Disabled Mind.”

Fully Online in Fall 2020 Too? Many Colleges Are Leaning Toward it, Says Survey

NCAA Has ‘Serious Concerns’ About COVID-19, Will Only Support Fall Sports With ‘Strict Conditions’